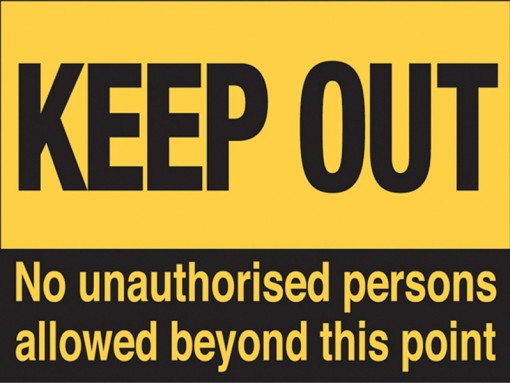 “Modern man has conquered distance but not time. In a life span, a man now--as in the past--can establish profound roots only in a small corner of the world."

We have not just one command central (in America, home is more an action center than castle) but a far-flung network from neighborhood to local, regional, state, national and international territories.  Based on our body and the personal space that bubbles around it, our own personal territory consists of our web of errands, work, socializing spots (like Starbucks, the archetypal third space), school, church, club, post office, health club.  Culture defines these spaces as well as the weak and strong forces that protect us while we are in them and between them.  Standing in line at the bank or pharmacy on one hand, along with military defense of national borders on the other, show an equal respect for territory.

Even our steady gaze at a museum painting establishes ownership of the space in between, and deters others from walking in front of us as long as that gaze continues. Intensive territories, especially the home, are protection and shelter, relief from stress, and a huge reserve of memory to draw upon that helps to create our identity and maintain continuity over time (Winifred Gallagher, The Power of Place).  The ownership, distribution, and applied understanding of the space and place require an entire cultural rulebook that is often just implicitly obeyed, above and beyond legal standards.  “Rather than relying on muscle,” Gallagher says, “we usually depend on law and custom to help us hold our ground” (187).  This cultural enforcement is the reason home invasion, or just a burglary, is so devasting—the entire citadel is transformed by the trauma in memory for all time.

Establishing the concept of base camp for our early hunter-gatherer ancestors created a stable, safe, protected enclave, which allowed early people to venture out into the unknown and deal with their fears about new environments.  Our expansiveness was possible because the safe circle of the earliest campfire could become a symbol of security and the reassurance of a future anchored in the family and tribe.

Another factor was the basic space required to support human life based on meat as well as fruit, nuts, and roots: ten square miles per individual.  This number equals 300 square miles of range for a band of 30 people.  By contrast, baboons can live in a range of 15 square miles for 40, while howler monkeys need just a half square mile for 17.  Both apes and monkeys stay within their established range for a maximum of around 15 square miles of home range over their lifetimes.  Most animals remain in their home territory; it is nearly impossible to dislodge nonhuman primates from the place they grew up and learned through long experience.  Staying put backed by group defenses is a proven survival technique—until Man began the process of developing the desert, forest, and grasslands.

This explains that once we ventured out of the African homeland, we quickly colonized the planet; we found a way of creating over and over again a campfire hearth that promoted ceremony, communication, trust, community, self-awareness with mutual support, an inviolable shared space—to build and maintain this “first zone” of cultural evolution.

Human territorial history is the story of our species’ exploration and domestication of the planet, from cave-dweller to world domination.  We achieved this through cooperative group hunting of large animals, herd-following, tool and weapon-making, language, and division of labor between the sexes based on child-rearing. Exogamy—marriage outside the immediate group—and skill competition expanded the ranges of growing kinship groups as they sought more space and renewed resources. Refugee migration, much in the news, is an example of fleeing oppression as motivator.

The mentality of belief reflects our wide historical range and personal space.  Belief is a form of territory claiming and defense in the abstract, a form of mental ranging, in a campaign of dominance of our ideas over others and other groups. We can hear it in expressions like digging our heels in, scoring yards, and ceding defensive positions. Our possessions (including land), as well as symbols like badges, flags, and signs marking out ownership and influence, are highly charged with the power of both defense and its naturally attendant aggression.

M. R. O’Connor, in Wayfinding (2019), correlates our hippocampus health and grey matter volume with our cognitive mapping skills basic to navigating the environment. We have always been acutely aware of our territory: the limits to where we can go without the permission of others and what we are and are not free to do there.  The invisible limits of personal space as we move through our world – walking, in cars, climbing stairways, opening and closing doors, knocking, ringing, or clicking to win entry to old and new places – is a critical part of who we are and how we own or “lease” space shared with others, and negotiate an ongoing peace or conflict with them in the course of every day.  In fact, it is the learned experience of the rules of space—the culture of human geography--that make our social lives possible by avoiding the high costs of ongoing aggression.  Behind every activity (not just sports) is a rich overlay of conventions and contracts that have evolved to let us operate in space and time without violating the limits or ego or sparking group defenses.

The question of how people are able to build inclusive organizations requiring close cooperation while also preserving personal and kinship cohesion is one of the great paradoxes that makes humans unique.