Ideas are Cheap – Wait, No They Aren’t

“The best way to have a good idea is to have a lot of ideas.”  -- Linus Pauling, Scientist

“Creativity is the process of having original ideals that have value.  It is a process, it’s not random.”
-- Sir Ken Robinson, English educator, The Robinson Report 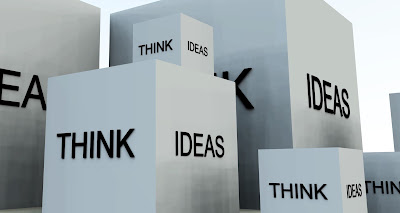 What’s wrong with having ideas—the more the better, right?  From very early childhood, people love to think them up and they are at the heart of the human brain’s awesome powers to imagine and create. The human imagination lies at the root of civilization and innovation that makes us rulers of the planet and now the universe.  Even more critical is our native talent for mentally experiencing ideas before they happen-- and the capacity to share with others a vision of what does not yet exist but could.

But first we have to appreciate the difference between creativity and imagination. Ideas come from the imagination, and are all in your head. Creativity is taking an idea and applying it to successfully achieve a desired outcome.
In reality, unlike the imagination, ideas must serve a purpose as applied thinking. Not the ideas that are spun out as daydreams or projected desires – imagining yourself in the movies, or married to Genghis Khan, or running an international spy ring, or walking the beach in Malaga, or having tea with an alligator atop the Empire State Building (my own favorite).  The state of Georgia tourism board used to ask the public to “Imagine yourself vacationing in Georgia.”  Not very demanding, compared to Einstein’s visualization of riding on a beam of light.
Imagination is great – but how does it serve reason and the demands of problems and opportunity on planet earth?

It’s the fit between the idea and the problem that has to be first recognized.  That’s the problem to be solved – to make the mind more conscious in order to recognize and not reject out of hand answers that have the potential to be big winners.  Often good or great ideas are rejected because we fail to see the true nature of the problem in order to recognize the fit to a solution when it appears.  Far too often this is the “belief barrier” behind idea prevention.  We need to let go of the problem we think we are trying to solve to realize the shape of the needed solution to the true problem at hand.
The Idea Problem
The reputation of creativity has long been based on the image of the solitary genius suddenly struck with a world-changing insight.  But in business, group work poses greater problems to work through.  Chief among these are the labor-intensive processes of idea generation and the tricky labor of ranking idea outcomes to align with issues of cost, production, marketing, or innovation. The normal CPS (creative problem-solving) processes, therefore, are time- and labor-intensive for groups to perform.  CPS requires careful coordination, measured crowd control (in group idea generation), highly focused attention, and a clear common understanding of the target problem. The process also calls for skillful facilitation rarely available, and therefore yields less-than-stellar solutions.  Effectiveness suffers, and groups and their leaders get the feeling that it’s all just too much effort to justify the outcome.  And, over time, the reputation of creative work takes a hit every time an ineffective process is attempted and then fails to produce anything notable.
So idea management in groups is unwieldy –and this is mainly where idea evaluation takes place.  Ask anyone who has ever wrestled an intractable business problem in a high-powered boardroom.Or in the production studio.  Any filmmaker knows how expensive any novel approach can be to execute, even with computer-generated imagery.  Try, for example, generating a back projection through a screen of fog over a high rope bridge in a jungle canopy.  There is not enough time, money, and manpower to even work out the logistical burden of such a shot.  This is one reason even high-budget films routinely find themselves in the red.

What such artists are seeking are fewer, better-vetted, ideas – not more.  We overpitch: intention, interest, cost, sustainability, support, like “summer plans.”  We can’t follow all leads.  The idea of living in Paris or Madrid or Florence for a few months is beguiling.  Will it happen?  Probably not, because there are too many attractive options, too many world cities with magnetism.  People who make this happen in real time (not just in the mind) pick one and execute on that.

So in the creative world there are no lack of ideas.  In fact, there are too many of them.  Blue-sky-ing, brain-storming, and idea generation-- all are aimed by one working assumption:  the more ideas, the better.  This is fine as far as it goes.  We all have a lurking belief that the more ideas we surround ourselves with, the better off we are – that no single idea will get us where we need to go…unless it’s an obvious no-brainer or the idea is so brilliant that it outshines all contenders.

This is in part a matter of cultural values.  Americans in general are in love with options and choice, the more the better.  We surround ourselves with them.  Which is why malls have so many shoe stores.  We’re never going to buy or even try on that many pairs – we simply want the option to do so, or to imagine we can. This is by the way the most likely reason America leads the world in creative thinking.

The creativity field has always been led by American values and expert consultants.  It’s our national character that has given creativity research and application its emphasis on imagination and idea generation rather than the more European and Asian consensus-seeking, research, or long-term planning approaches.  We really do believe more is better.  We just aren’t good at sorting through all those options. 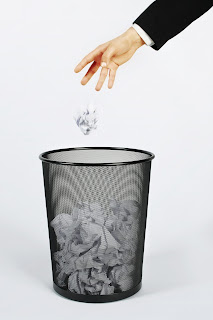 Idea proliferation leads immediately to the issue of how to manage so many.  But wait – what do we do with all these ideas on post-it notes covering poster board by the square mile?  The fact is that there is no possible way to act on or even develop even a handful—the time and energy bill is simply too high.  As a young filmmaker colleague of mine puts it, you have to close in on one or at the most two (one for backup) to pursue and develop.  Otherwise the overhead gets too expensive, with too much overtime to play with more than that.  Filmmaking is a high-ticket art, too costly to follow every promising lead.  As is oil drilling, auto production, and foreign policy.   As in the real-estate parable Glengarry Glen Ross, it’s the qualified leads we’re looking for.

So maybe the real problem, famous in applied creativity, is to decide among dozens or scores of promising concepts to isolate the leading ones, those that show very early promise of delivering the best result.  This juncture, in the midst of a “mindfield” teeming with ideas of varying potential, is where the real creativity happens—in the selection process, much like Darwin’s concept of natural selection. Content or area experts always have some notion of what has worked in the past and so can determine what might work in the future.  The difficulty with using established expertise to sort options is that the brilliantly creative solution will by definition be distinctly unlike its past predecessor.  It’s the lack of resemblance to the past that makes it a great discovery, drawn up from a sea of ideas teeming with potential.  And this makes actionable ideas of great worth hard to identify and select out.

The old expression “Ideas are a dime a dozen” is wrong.  They’re ridiculously expensive once you factor in the high production costs in time, money, and human effort to filter out the high-value few from the many that will never see daylight.  When solving problems in concept, themeing, and design, we need far more than a better idea - we need better ways to vet the wealth of ideas we are already generating in the form of pre-qualifying them through a vision of what’s possible as well as intriguing.  That process of idea filtration calls for a well-thought-out problem frame for testing all potential concepts, from filmic effects to health-care interventions to schemes for living on Mars.

Out of the billions and billions of ideas in the universe, we only really need one—the one that will work.
Posted by Margaret J.King,Ph.D. at 11:38 AM 1 comment: