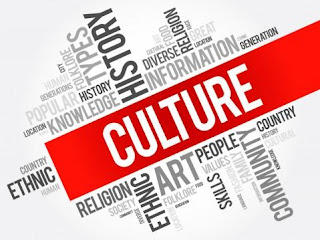 Human problems are rooted in culture.  That is, they are problems about values, community, and human factors like age, class, and gender—which are dimensions of culture.  Over the past two decades, I have developed several models and definitions that frame culture as the shared mind of human societies. This is reality we create by common consent. It is the set of clues that defines the largest system of meaning possible, one invented and growing along with our evolution as a species. It is still in development. And the mega-system all other human systems fit into.

Here are a few examples of how culture shapes decisions below our conscious threshold.

Medical compliance:  A pharmaceutical company may develop an excellent medication that will save lives, but the way patients actually use it will determine how wide its acceptance and effectiveness will be. If a medication requires you to take a tablet every six hours, are you going to set your alarm clock to wake at 4:00 a.m. so you can take a pill? Anyone who has spent time in a hospital bed knows how annoying to is to be awakened by a nurse in the middle of the night because it is time to take your medications. Similarly, the long sticky Q-tip used to detect Covid-19 (nasopharyngeal or NP test) is the testing device that swabs inside the upper nose to detect the virus.  It is universally detested.  Even health-care workers, who must be tested weekly, dread this procedure.  It is invasive and psychologically difficult.

Why?  Because it goes very far up your nose, which is one of the body’s hot spots – along with the eyes, ears, mouth, breasts, and lower down, the buttocks and genitals.  This test invades a sacred body space: we just know intuitively that it feels wrong (OBGYN exams feel weird, too).  How many are not getting screened at all, for this reason alone?  Yale developed a saliva-only version that works as well while safer and noninvasive (August 2020).  It’s not yet available.  Next time, a study of how humans relate to their own bodies—the biology basis of culture—would reveal this problem to promote a far better solution.

The work of cultural analysis is to crack complex issues and artifacts by getting at the (often invisible) human factors involved.  These tools often have to work around hidden cultural assumptions that prevent a thorough appreciation of social bonds such as gender, age-based change, and context.  They can reveal how these dimensions all work to drive thinking, behavior, and decision making.

One example is race. The single Race category in current sciences is “Human.” Not a political statement, but a scientific one.   Race is a cultural construction, not one grounded in science.

Race versus Class:  When people talk about race, they are almost always talking about class. Race has often been used as a marker for class, but they are in no way comparable.  Labeling comes with a set of assumptions. If race is a negative label, that label can signal class-based assumptions like poverty, crime, failure, diminished status, or disruption of other classes’ agendas.  But Americans don’t really talk about class. Class is harder to define or measure than race, and in the US, we assume that no one is destined to be confined by the class they were born into. It is heavily mixed with ideas about achievement, social mobility, aspiration—as well as blame, when the first three aren’t attained.  Middle-class is the preferred state (even over upper class, at least when it comes to self-identification) and failure to arrive in the middle is often seen as the fault of the individual.  Which is why falling short is frequently assigned to lack of motivation, social ties, self-esteem, or social justice.

The aim of cultural analysis is to make the invisible visible, to derive the core cultural values - the preferred states - that drive any culture as its engine of meaning. What are people driving at – what are they trying to achieve with their money, time, energy, and social connections?  The simplest and most accurate method is by studying group behavior. If what people say doesn’t match what they do, follow the behavior. Behavior is how we truly express belief.

Cultural analysis can identify and frame the cultural values equation active in any number of domains, from gender agendas and mall design to the high-stakes decisions of the middle class:  college, career, car, house, and spouse.  How does the short list of cultural values serve as the default to making these decisions?  Inherent in much of American decision-making are issues of class that even ad agencies refuse to address directly – especially as applied to higher education, the wellspring of class identity.

Higher Education:  As one case example, the college experience isn’t about libraries bursting with information, or even degreed professors (two ways college is sold).  College life is socialization--learning lifestyles and mentalities that allow following a sophisticated path forward into work and social channels that mark high-value futures.  These futures rely on relating to other college-educated people (world-wide) across professions and national borders.  This could be called global style.

Global style:  Higher education underpins a world-class style loosely fashioned on British and American models, with English as the lingua franca, enabled by digital technology (computers, science, media), an enlightened secular outlook, and the primacy of the individual over the group (America’s prime directive).  Otherwise, this international style is diverse, gender-equal, and based on middle-class, pan-ethnic, and unapologetically future-oriented vistas.

The cultural analysis approach interprets culture as the common language of social influence and aspiration. Like the language component of culture, it is shared code for understanding reality distinct from other codes, with its own structure and expression.

Our model takes four major dimensions to be key study areas –gender, age, context, and community.  This approach considers gender as the only biological difference between people.  What is the first thing we notice about someone we’ve never met in person before?  The answer is gender.  Yet as many times as I’ve posed this simple question to people, they never think of male or female because this difference is just simply noted subconsciously.

Age stages from infancy through old age are not just biological; they determine decade by decade our priorities in making decisions.  Context—our social and physical environment—sets our mental agenda: what is this place, and what am I supposed to do, and who should I be, while I’m here?  Place is a total mental as well as psychological container.  Community is our social sphere of influence, including, working out of the life circle from the center, self, mother, father, siblings, relations, neighbors, associates (including religion), colleagues, familiars (your local supermarket checkout or postal worker) and finally, strangers (who we look at for signs of danger, and if we don’t see any, we ignore).

The current clashes on culture, cancel culture, and political correctness are matters of class, not race.  Looked at in this way as cultural issues rather than political ones, they can be redefined, re-cast, and re-considered in terms that people can relate to.  It can be incredibly difficult to change people’s minds about race, and you can’t change someone’s race, either.  But class is fluid, changeable, and something people can do something about.

We explore the research bases of Popular Culture, American Studies, cross-cultural studies, decision theory, evolutionary psychology, and social science to show how cultural studies (taken without political bias) can be aimed to understand how people—as customers and clients – are influenced to think and act.