The City and Urbanity 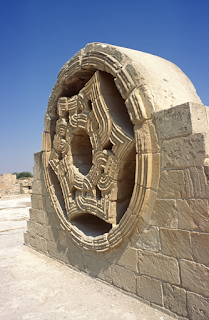 Remains of Hisham Palace in Jericho

“A city is more than a place in space, it is a drama in time.”

In the year 1800, only 3% of the world population lived in cities.  Today there are 4,000 large cities worldwide. By 2030, it is predicted that 60% of us will live in cities—and some very large ones.  The 33 megacities, with 10 million or more, (UN, 2018), are growing, many in Asia.  The great majority of human beings, 75-85% of the populations of North America and Western Europe, now live in major cities and their metroplex extensions, as does half the world population.   Rome passed the one-million mark by the end of the first century BC, then declined when the Western Empire’s capital moved to Ravenna in 402 AD.

By 1850 London became the first city after antiquity to attain a population of a million; fifty years later, in 1900, Greater London had 5 million people.

60,000 years ago, modern humans had populated Europe.  The Holocene period saw agriculture and domesticated animals—and the appearance of Jericho, an ongoing small walled settlement on the West Bank that dates to 9000 BC.   Around 5000 BC, people began to live together in formal groups with work and social roles in permanent settlements—like Athens in Greece, and Byblos in Lebanon.  In Serbia, Belgrade remains one of Europe’s oldest cities, with settlements back to the Neolithic in 7000 BC.  Plovdiv, Bulgaria is nearly as old, back to 6000 BC. Towns and cities began to form the beginnings of urbanity, predating the Bronze Age back to the Neolithic.

A social psychology of urbanity developed as the mindset that we now recognize as civilized thought and behavior.  The proximity principle – the propinquity effect that contributes to attraction between people--also requires moderation of behavior, voice and speech, manners, working and leisure behavior—like sports--and the management of complex networks of people, activities, and beliefs.  Religious affiliation is an example of a continuously self-reinforcing colleagueship that builds community and subcultures.  But group continuity is also a lightning rod for conflicts between groups.  Clashes between and among Christian, Moslem, and Jew, and between their many sects, date from their founding and are ongoing global forces.

The practice of group living allowed specialized knowledge that led to the metamorphosis of small settlements into larger and larger groups, cities, and regional civilizations with lasting influence on human development.  As the historian Jacob Bronowski noted in The Ascent of Man, agriculture and the settled way of life engendered “a form of human harmony which was to bear fruit into the far future: the origin of the city.” In the Mesopotamian world of Turkey, Iraq, and Syria, the first networked urbanization occurred among city-states, leaving the largest set of ancient artifacts, the invention of writing, the wheel, the 60-based counting system, and large-scale agriculture.  In the Indus Valley developed water management and drainage, harvesting routines, and town planning.  Egypt produced the pyramids, astronomy for horticulture, and engineering.  On the Yucatan Peninsula, the Mayan world evolved astronomy and calendars, large-scale agriculture, and engraved stone architecture.  All these developments called for management science.  Cities are the curators of human knowledge and the care and feeding of that knowledge—the art and science of knowledge preservation and transmission.

The city is the original and ultimate mixed-media creation including augmented reality, arts and architecture, customs and etiquette, words and images, ancient craft and state-of-the- art technology, life and art.  Every city is a multi-layered reality that presents with novelty and dynamism on one hand, as well as established structural, infrastructural, and natural or peri-natural features on the other.  Trees, parks, hillsides, mountain, field, beach and ocean backdrops –these landscapes are there as staging, folded into the city’s design as ornamentation.  The city’s setting changes the way we look at nature as aesthetics, a kind of design operating ancillary to streets, monuments, buildings, open spaces, and the city profile, the skyline.  These are in constant flux.

Cities are complex permanent exhibits that, like museums and theme parks, invite us back by steadily updating their content and presentation.  Commercially, we see this everywhere, from supermarket shelves to the showcase windows of Tiffany’s and the bakery case at Starbucks.  The human pageantry—the population who live in and use the site--is the theatrical vitality that makes everything come alive as what Disney Imagineers call “streetmosphere,” the cityscape of human drama. Just by sheer numbers alone, the myriad factors that make up a city can be combined and recombined to recapitulate the history of the world and prefigure the future as a design for living.  Along with their human inhabitants, cities showcase diversity across many categories—as fashion, music, food, literature, the arts, industry, language, religion, and learning.  This diversity extended beyond the arts in the form of intermarriage between groups, mixing the gene pool and raising opportunities for new adaptations that hastened evolutionary advantage.

10,000 years ago, agriculture as a revolutionary way of life for communities made cities possible, as did language, writing, money, science, and universal religion – forming the first shared cultural platform that would make living together possible.  The world’s oldest surviving city is, by a margin of millennia,  Damascus in Iraq, the first sizeable city of 2 million still standing (Jericho, which may be the first town, dating from 9000 BC, is a small settlement of 20,000 today).  Just as agriculture at a distance (the “hinterlands”) made the city possible, high and mobile tech have made of the megacity the smart and super-extended city-state, like Singapore or Dubai.  From their origins as protective fortresses that were adaptable as well as livable, cities have blossomed into the megastructures we know today that carry forward the cultural mandate to evolve our thinking and expression.

As cities began to proliferate, they promoted large-scale cooperation, density, and diversity, and role-identity versus just personality differences between citizens.  From 4000 BC the urban lifestyle has given us 6,000 years of living with the stressors of hierarchy, activity schedules matched to commerce, worship, sociability, industry and knowledge work, and seasonal events, sports culture, and the natural strain of strangers stressing each other out by constant needs to be mind-readers, wary and watchful about the behavior and motives of people with different agendas.  Unlike small Stone Age village life, cities mean daily contact with strangers, people who serve very contained work roles, and a 24-hour media presence —with whom we have no ongoing personal relationship but a steady psychological one.

The urban way of life kicked off networking, social striving, and multiple associations, and constant change as an expected part of human existence, as well as placemaking, managerial and middle classes, and consumerism as the “urban species” lifestyle (Monica L. Smith, Cities: The First 6000 Years, 2019).  Smith calls cities “the first internet.”