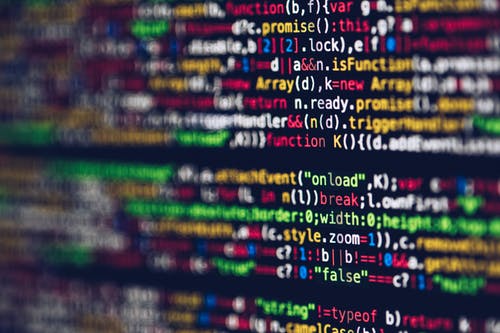 “[Big data is] the ability of society to harness information in novel ways to produce useful insights or goods and services of significant value….Every single dataset is likely to have some intrinsic, hidden, not yet unearthed value, and the race is on to discover and capture all of it.”
-- Viktor Mayer-Schonberger and Kenneth Cukier, Big Data (2013), pp. 2, 15


The swift advances in digital data mining began when astronomy, physics, and genomics, which first experienced the explosion in the 2000s, coined the term “big data.”  The concept is now migrating to all areas of human endeavor.
Facing an overload of information and unable to filter it all so that it makes sense--this is the common conundrum of contemporary brains.  So we must become practiced at selective perception, finding ways of annulling the many streams of data that daily wash over and around us.  Sensory, cognitive, and emotional—a tidal wave of input, far too much to manage or even take note of.  Most of what we see, hear, and read gets chosen out, relegated to deletion or just ignoring.  But for some brains, especially the highly intelligent, this doesn’t work – there is just too much we need and want to know.  Soon this editing technique may serve as a model for big data’s future as well as our future abilities to deal with megadata of all kinds.


Culture as Big Data
Culture, as one of the largest datasets on record or in theory, is a complex system.  But it runs on a handful of simple rules.  So no matter how large a data set it presents, or how many factors involved, there are ways into, around, and through culture to make sense of—and predict—its many perturbations.  Most refer to the social realm—human behavior on a group-sized scale.


In my research into the problems of understanding the workings of culture, and in my consulting work using cultural analysis, I notice that our clients get stuck in several predictable junctures in their thinking.
1) Assuming the axioms of their industry (such as advertising) are sufficient to analyze any product or experience for its meaning to the buyer / user.  These axioms are familiar, accepted, and reward users for knowing and abiding by them.


2) Because short-term results are the usual basis for rewarding business behavior, focus is narrow, specific, and present-oriented.  They can’t be scaled up in time or across cultures.
3) Confusing information with knowledge.  You can access all available information.  But without some sense of pattern recognition, still fail to see anything that information might be trying to tell you.  All the real estate screen saves on earth cannot say what the neighborhood is like…and people buy by location, which is what home shoppers are really buying, not the house.  Our biggest-ticket purchase is a big-data project, yet buyers operate mainly by intuition.


Because of big data, digital technology has given any research field the power to amass and distinguish enormous sets of data unimaginable before computer programming.
But if that is true, then how or why would anyone have any issues around new product development, innovation, marketing, or sales? Why isn’t there a straight-line journey from consumer data collection (buying data, focus groups) to successful product?  While buying behavior as encoded digital information can yield insights about correlation, determining causation is a far more difficult problem.  Just because an industry knows its buyers in great detail, and asks them directly about their behavior, still doesn’t yield the golden ticket that tells that industry why people are buying—and why those who are not are not, but might under the right conditions.  Big data can correlate numbers without showing causation, or de-engineering those numbers to reveal even more fundamental insights.


Understanding causation, through pattern recognition, is one of the virtues of cultural analysis.  In the 1990s news reports a series of workplace shootings in post offices brought the terms “postal rage” and "going postal” into the public domain. The first known publication of the term “going postal” was in the St. Petersburg Times in 1993. We once looked at the problem of postal rage and were able to trace the root cause not to post-traumatic stress in veterans (as the postal authorities themselves surmised – wrongly, as it turned out). A later investigation determined that postal employees were no more likely to engage in workplace shooting than any other industry. However, our own research located a larger pattern: the way the USPS recruits and qualifies its employees. Postal workers must memorize complex rules and regulations as well as understand when to apply them. Therefore the civil service test was designed to qualify employees with good memories.  However, hiring for this strong memory trait also means recruiting those who also can’t forget slights and grudges.

The Culture Question is a bigger one:  What is it that prompts us to pursue certain kinds of products, services, or experiences in the first place?  Why do we buy jewelry, for example, or visit theme parks?  What is an "office," as a concept evolution starting in ancient Egypt?  I get ads for car insurance by direct mail all the time (a product of big data).  Yet I’ve never owned a car, or even learned to drive.  Does it make sense, furthermore, to show me images on Amazon of a jacket I just purchased? All the consumer statistics in the world won’t help develop the next great product (like pizza, the circular symbol of group dining) unless you can somehow, through linking ideas behind the numbers, make sense of them in human (i.e., cultural) terms.
Clearly, there are problems—but they can’t be defined or addressed from the inside, or as Einstein put it, these are problems that can’t be solved at the level they were created.  That is why we go to the bigger cultural system for answers.  Plenty of information is available, but information does not equal insight.  Think of all the databases available that simply throw more balls into the air.


What is needed isn’t more information, but a way to select and prioritize what we have—the same principle used by professional organizers of homes and offices.  Otherwise we are doomed to continue amassing all kinds of information without any way of understanding why we are doing it or how it matters.  Are we even collecting what we should be collecting?  Is the data we are amassing targeting the right problems?


Cognitive disinhibition
Big data is not a solution in itself, but the gateway to discovering new analytical principles from seeing fine-grained patterns in correlations that couldn’t before be detected.  This ability pivots from an unexpected mental state called “cognitive disinhibition.”


Cognitive Disinhibition is defined as:  “Failure to ignore information that is irrelevant to current goals or to survival.”
Compared to the average mind, creative thinkers are often unable to filter out nearly as much of the constant stream of incoming information.  These marginal brains require novel ways to process and organize and retain that information. “Creativity and eccentricity often go hand in hand, and researchers now believe that both traits may be a result of how the brain filters incoming information,” Harvard psychologist Shelley Carson wrote in her article “The Unleashed Mind: Why Creative People are Eccentric” (Scientific American MIND, May/June 2011 (22-29)).


Cognitive disinhibition is closely linked to unconventional or eccentric behaviors.  While the average mind is adept at screening out the big data of the senses, memory, and stored imagery employed to make sense of incoming new information—most of this process operating beneath conscious awareness—reduced filtering and blocking tends to increase focus on inner reality at the expense of social reality.  This reduction in thinking inhibition allows more material into conscious awareness, which can then be reprocessed and recombined in original ways, resulting in creative new ideas.  John Nash, the schizophrenic Noble Prize mathematician played by Russell Crowe  in the film “A Beautiful Mind,” suffered from  cognitive disinhibition. What was irrelevant to other minds became the main material for original thinking in his ability to attend to the masses of data that roiled his fevered brain.
The human brain is capable of making 100 trillion connections – more than the number of stars in the Milky Way.  No wonder the human thinking problem resides in discovering ways to keep these connections under control while at the same time unleashing their potential for creativity.
Posted by Margaret J.King,Ph.D. at 1:36 PM No comments: