Today's post is a guest blog on nature's effect on behavior from Jamie O'Boyle, Senior Analyst at the Center for Cultural Studies & Analysis. 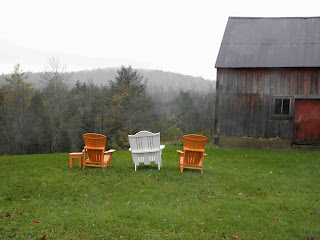 
2.      protected area of countryside: an area of land reserved and managed so that it remains unspoiled, undeveloped, and as natural as possible


In the theme park, while rides expand the experience with physical sensations designed to carry the narrative, actual time spent on rides comprises a tiny fraction of the total theme park experience, totaling as little as ten to twenty minutes.


Unlike the amusement park patron, a theme park visitor can fully engage in the theme experience without ever setting foot on a ride.  This is because there are so many other features to engage and hold attention: architecture, graphic design, animated and live performance, video, sound and music, light and water, and the simple fulfillment of pedestrian movement within and among the artfully landscaped themed “worlds.”  The most walking most Americans do in a day is in a themed place.


In the theme park, rides are mechanisms designed to position the visitor’s point of view, much as a camera lens is aligned, moving riders past a series of meticulously focused vignettes to advance the narrative. However, the brain can only focus for a limited length of time before succumbing to "directed-attention fatigue."


Guests become distracted, irritable, and impatient; less effective in focus, attention, and comprehension, even less aware of their surroundings. They can literally become “blind” to your carefully crafted messaging, attractions, and merchandise immediately after any peak experience. They need to mentally shut down their focus until the brain hits the “reset” button.  Sensory overload must be balanced with downtime.


This is why theme parks are parks.  Landscaping is not just there for a pretty background or theme-setting. Your artfully constructed landscaping is the primary reason that the average visit to a theme park is eight hours. It is also why your guests don’t turn on each other in this very competitive environment.


Think about it. A theme park visit demands almost continuous decision-making and problem-solving.  One unofficial guidebook compared the complexity of the experience to the logistics of a military amphibious landing.  The visitor is constantly engaged in the process of learning, because learning is how we adapt to our environment. Learning is also an extremely demanding activity.


Add to that environmental “press” the fact that you are accompanied by your family, people who - although you love them dearly - really know how to punch your stress buttons. You are wrangling your spouse and children while competing with thousands of complete strangers for limited goods and services in what can fairly be described as a physically abusive environment such as Central Florida – glaring sun, high temperatures, muggy air punctuated by sudden thundershowers, and traversed almost entirely on foot.


Did we mention that you are on the clock? An admission charge is a simple exchange. The guest gives you money in exchange for time. Time is the currency of the park. Like any currency, people don’t like to waste it on long walks between attractions (liminal space) and standing in line. They want full value for every minute paid for.


This is where natural landscaping comes to the rescue. We know a lot about the virtues and positive effects of landscaping on a practical scale. It creates the layered design that provides interest in itself while enhancing and softening the built features, breaking up crowded walkways, buffering sound volume, offering climate control, and adding the classiness of cultivated plantings, layout, and design.
On the Human Factors scale, however, the far more important benefits operate below our conscious horizon. Cognitive scientists have confirmed that even a brief exposure to seemingly natural environments has psychological benefits. The most important are the calming and restoring of attention after a cognitive shutdown.
The brain never stops working. Our grey matter burns a lot of energy – 20% of our calories, so thinking hard can not only make you tired, it can make you hungry. As your brain loses focus, you get frustrated and, ideally, stop what you are doing and turn to something else – something routine that uses a different part of your brain, like cleaning the house, which doesn’t involve much directed attention.   Literally, as in the familiar idiom "a change is as good as a rest," the brain can then reset to an attentive state.
Natural environments trigger different parts of the brain than attractions that require directed attention. Naturalistic environments have an abundance of "soft fascinations" such as leaves rustling in a breeze or water bubbling over rocks in a stream that, unlike directed attention, engage a soft focus with little conscious effort.


This Attention Restoration Theory (ART) was developed by Rachel and Stephen Kaplan in the 1980s in their book The Experience of Nature. In short, the theory documents the fact that people can focus better after spending time in nature - or even looking at images of nature.


In terms of real-world applications, we can look to the Japanese practice of shinrin-yoku (“forest bathing”) – simply being in the presence of trees – which has been proven to lower heart rate and blood pressure, reduce stress hormone production, boost the immune system, and improve overall feelings of well-being. Shinrin-yoku became part of a national public health program in Japan in 1982.


This isn’t just a Japanese fad. Scientists at the University of East Anglia analyzed the findings of more than 140 health studies involving nearly 300 million people from 20 different countries. This meta-study confirmed that just being in nature – even an urban park - is associated with lower risk for type-2 diabetes, heart disease, early death, and high blood pressure, not to mention better sleep and a stronger feeling of well-being.
We just like nature. Not actual biting, dirty, disease-ridden nature of course, but controlled nature with heavy edits. This wasn’t always so. For all but the last two centuries of human existence, nature was "red in tooth and claw" - something to be fought and tamed. That changed as urbanization and the first industrialization took hold in the American East and Midwest. People shifted focus from what they had gained through land development to what they felt they had lost. Americans began to romanticize the same natural environment in which their forebears had spent the past century fighting for survival and settlement.


When it comes to the type of nature people find relaxing and invigorating, theme parks are at a distinct advantage. Theming is, in itself, a physical manifestation of our brain’s tendency towards selective attention to edit out information that does not fit our idealized image or advance the story along the dramatic curve. Theme park landscaping offers us not reality, but hyperreality – a tightly edited, stylized, and focused version of nature – one that effortlessly captures and restores our attention and puts us back in the game.


What we find desirable and pleasing about nature is cultural. The idealized nature style has evolved over time and changes as our social and physical environment changes. The Japanese have been sculpting symbolic landscapes for centuries, an art they adopted from Korea as the tea garden. The upper class British of the 18th century invented the predecessor of today’s suburban lawn. French formal gardens of the same period preferred their greenery pruned into neat geometrical squares and cones. They also liked their trees in neat, regimented rows. Popular styles of idealized nature evolved and changed with the times. They are evolving still.


Attractions may bring guests into the park, but natural landscaping makes it psychologically possible for them to remain there for an average of eight hours. And the longer the stay, the higher the perceived value of the experience.