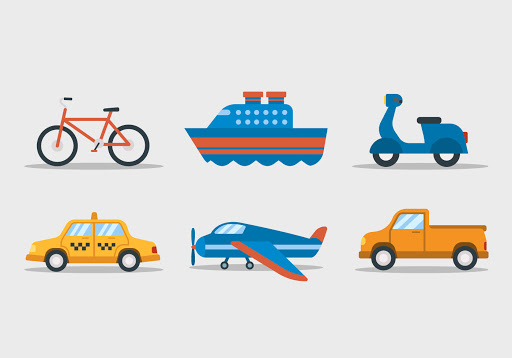 “Creativity involves breaking out of established patterns in order to look at things in a different way.”   -- Edward de Bono

Innovation is the engine of entrepreneurship.  It is also more than a technical term.  Defined in consumer terms, innovation can be defined as “changing the value and satisfaction obtained from resources by the consumer” (Peter Drucker, Innovation and Entrepreneurship, 1984, p. 33).  Innovation is the process of creating new technologies and putting them to economic use.  Jean-Baptiste Say, the French economist who first coined the term Entrepreneur around 1800, defined it: “The entrepreneur shifts economic resources out of an area of lower and into an area of higher productivity and greater yield.”  Innovation is a matter of exploring and recognizing where the higher-productivity arenas are in order to do this, typically by (but not limited to) inventing and instigating new technology or applications.

This does not imply high-tech solutions:  It can be low to no-tech at all.   It can be a concept of a symbolic environment (the theme park), a new way of symbolizing relationships (jewelry), or a new approach to working (remotely, on virtual teams, by zoom).  Such solutions are not always immediately recognized.  Among the unanticipated innovations that were at first totally dismissed by the public are the plow, the umbrella, automobiles, the electric light bulb, telephones, cell phones, space travel, mosquitos as the carriers of malaria, anesthesia for surgery, personal computers, and the theory that the earth is round.

The creation of a new value source can come about just by “combining existing resources in a new and more productive configuration” (Drucker, p. 34).   The information age has created an entire economy devoted to entrepreneurship from about 1980, in the midst of a giant recession.  The technique was the application of knowledge to human work – both high and low-tech.  The term for this applied knowledge is techne—making or doing.  As the father of 20th century management theory, Drucker calls this the dynamic disequilibrium that informs all aspects of society.  Creativity works as a major destabilizer that, despite its heavy fallout of problems we weren’t ready to deal with, is the new basis of economic expansion driven by managed creativity.  This is the thought movement which took hold under that label around the same time in the late 70s, as the engine of entrepreneurship.

This renaissance holds a positive view of change as healthy and the basis of opportunity, relocating innovation at the central reality for economic thinking.  Examples are Bell Labs, IBM, and 3M, which created 100 major new product lines at an 80% success rate by the mid-80s. Not everything worked as planned – the Segway, DuPont’s Corfam shoes, hoverboards, and Google glasses.  Yet doing something differently is the impetus behind the American university, the economic engine of technology transfer worldwide.  The re-invention of the hospital on the specialty service model and the creation of the mass market food service industry by McDonald’s are other case studies.

These institutions, says Drucker, are at the heart of innovation by increasing the yield from resources, discovering new markets, optimizing value for the customer, and redefining the values around the customer “experience” – the latest definition of meeting customer needs and values.   This is the major transmutation of value that makes the markets creatures of what the consumer, not business, needs and wants.

Economists use a comprehensive definition of technology. When they are talking about innovation, they are not thinking just about new machines or inventions, but any new way of doing things.  This includes finding gaps in consumer demand and devising ways to fill them.  Any innovation that increases the value consumers derive from everything they buy and use – provides ways to do away with pain---of cost, time, energy, loss of use, and inconvenience—which can cause obstacles to fulfillment that are considerable and prolonged.

A few years back actor and science promoter Alan Alda hosted a three-part Nova program called “The Human Spark,” a search for what makes us uniquely human. In this exploration Alda marvels at the importance of innovation to homo sapiens in our evolution from homo erectus 1.3 million years ago as we became hunter-gatherers making tools and operating in groups by virtue of language.  From 200,000 years ago homo sapiens were the leading humans on earth, having mastered fire, then jewelry made from our ancestors’ teeth.  Jewelry was and is far more than ornamentations; it operates as a form of wearable symbolism made of bead, bone, seeds, then metals, a form of communication signaling our alliances with others living outside the immediate band or village, widening our leverage by affiliation with—theoretically—anyone and everyone on the planet.

While Neanderthals relied on a generalized set of tools and processes (hand ax production prominently), our group surpassed these fixed methods by a steady ongoing practice of innovation and change.  The result can be seen in the cultural development of technology and social communications we now enjoy.  Our culture was developed by ongoing challenges and the change management we invented to meet those challenges, from ice age art 20,000 years ago, agriculture 10,000 years ago, to today’s information age.