“Courage is willingness to take the risk once you know the odds. Optimistic overconfidence means you are taking the risk because you don't know the odds. It's a big difference.”
--Daniel Kahneman, psychologist and economist 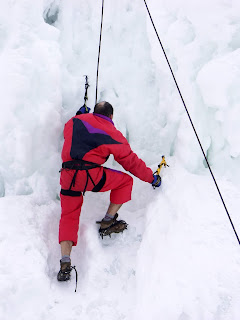 What we think we know may not be so, obscuring the real problem.

From the The Washington Post, March 10, 2020: When Coronavirus Is Growing Exponentially, Everything Looks Fine Until It Doesn’t.  There’s an old brain teaser that goes like this: You have a pond of a certain size, and upon that pond, a single lily pad. This particular species of lily pad reproduces once a day, so that on day two, you have two lily pads. On day three, you have four, and so on. Now the teaser. “If it takes the lily pads 48 days to cover the pond completely, how long will it take for the pond to be covered halfway?” The answer is 47 days. Moreover, at day 40, you’ll barely know the lily pads are there. (Megan McArdle, 3/10/2020)

In answering the lily-pad question, many people (over half) choose day 24.  They divide the time frame in half as if this is a linear equation, when it’s actually an exponential one.  The same mental failure happens when people calculate simple interest as compound interest, or vice-versa.  The correct answer shows the danger in mis-framing the problem by the wrong operating assumption.  What is needed is the outside expert to challenge the operating assumption, “I can’t fix this problem because of X,” when the fix resides with Y, a separate but related aspect, instead.

Anyone who’s been frustrated with a difficult math problem has appreciated the delicious moment of relief when an incomprehensible equation suddenly makes sense.  We “see the light.” This aha! is a notification from a subterranean portion of our mind, an involuntary all-clear signal that we have grasped the heart of a problem.  It isn’t just that we can solve the problem; we also ”know” that we understand it (p. 3).

Finding the answer to a problem, especially a difficult and prolonged one, has all the earmarks of the rewards our brain gives us as endorphins, the shared mechanism of drugs, sex, and food.  It is the opposite process to Getting Lost (which we have documented before in this blog).  But its achievement is blocked by the overconfidence that most clients exhibit in keeping their problems going.  The process automatically stays on track because the techniques and assumptions being applied are not helping or clarifying the situation—obscuring its solution.

J. Edward Russo and Paul J. H. Schoemaker, in their book on decision-making judgment errors (Decision Traps, 1994), cite the majority of business managers’ choosing the wrong cause of death (the second choice) in three pairs of options:  Lung cancer v. car accidents, emphysema v. homicide, tuberculosis v. fire.  In their example, it is the “availability bias” that drives the majority choosing the more volatile and dramatic option.  This is the human tendency to make judgments based not on rational fact-finding but on what comes most easily to mind.  Which is the dramatic content featured most frequently by media coverage.

Such judgment errors are part of “confirmation bias,” the mind’s searching out and focusing only on evidence that supports a preexisting belief.  Emskoff and Mitroff (at the Wharton School) studied strategy formation at dozens of companies to discover that their researchers were seeking out only evidence to support already formulated strategies.  Why is this important?  It helps explain why problems continue to remain unsolved and why research conducted in the same bias channel can’t lead to any new or helpful insights, as long as it’s conducted along the same line of assumptions.

In the current health crisis, determining the real risks of the Covid virus to human life requires expert ability to identify actual behavior in order to predict where it’s going and when the lockdown can be relaxed or ended.  The above lily-pad-pond story has been cited as an example of viral growth that’s hard to wrap our more intuitive linear minds around.

In his classic 1988 manual Innumeracy: Mathematical illiteracy and Its Consequences, John Allen Paulos, professor of mathematics  at Temple University, pointed to such mental errors in pseudoscience, parapsychology, newspaper psychics, stock-market filtering scams, and the voter count in the Y2K presidential election.
"The fast-thinking and gut feelings usually dominate," says Paul Slovic, professor of psychology at the University of Oregon and author of several books on risk perception and behavioral sciences. "This is because it's natural and easy, and most of the time we trust our intuitions to give us good guidance in our daily lives.”  Until this intuition fails us when we encounter problems that don’t yield to our usual problem-solving judgments—which is why we need to examine how we approach difficult or complex issues, and why consumer problem-solving requires expert input.

"The way the virus spreads, everything is under control until it isn't — that's the nature of exponential growth," Slovic said. "Our minds think linearly, at a constant rate of growth, but this is a nonlinear process. It's a natural tendency for most of us to underestimate the speed at which an exponential process will take off, and then suddenly it overwhelms us."  https://www.msn.com/en-ca/news/other/humans-arent-wired-to-comprehend-a-pandemic-heres-why/ar-BB12oF07

So misapprehending the system in which the problem is operating is key to the breakdown in solving it.  This is the re-set needed to relocate the problem inside the correct theory or dynamic. The complexity of consumer culture is one example. Part of the anxiety of consumer problems is that they are operating within a framework the consumer cannot readily access or understand how to work with.

This even operates in the current Covid anxiety, which works to exaggerate the severity as well as outcomes of the pandemic.  Anxiety is fed by catastrophizing in the mind when that mind is fed a steady diet of news about fresh disasters.  It also tends to grow a self-identity of helplessness and powerlessness, when in fact, Cognitive Behavior Therapy can reveal the fact that individuals under anxiety have far more power than they appear to acknowledge.

Fake intelligence is what we get when we take shortsighted shortcuts as a result of overconfidence in our judgment – believing (falsely) that these shortcuts will save us time and effort, when in fact they are costing us in bad thinking and bad conclusions.  Overconfidence results in failure to frame the problem correctly for the best solutions, keeping us from assembling the most relevant (key) information to the problem.  “The key issue isn’t getting the right facts but challenging the right assumptions” (Russo & Shoemaker, p. 76).  And the authors point out that for Americans especially, seeming confident is enough to convince others of the rightness of an answer, reinforcing “feeling sure” oneself.

Confidence checkup:
To illustrate this principle as well as to show off its weakness in the face of facts, here are five questions with numerical answers. You don’t need to know the numbers – just gauge your confidence in a range that you think includes the answer. Then, reviewing the precise answers given below, note the range difference between what you knew and what you thought you knew. Note:  Most managers missed 2-3 (40-60%) of the answers completely, making the mis-estimates average out at only a 50% chance of including the answer.  Here they are (p. 71):  Spoiler alert: answers at the end
How did your guesses go?  Do they show overconfidence that indicate problems in other areas – life choices, grasp on reality, social estimating, math skills, or problem-solving in general?  Don’t worry – even people in charge don’t have a solid sense of their own abilities.  That’s where ability to learn systems guided by knowledge rather than judgment shows there is hope for improvement.
The first step is in recognizing the state of the art and its consequences for human thinking and decision making; overestimation of common sense, and its consequences.

2) Martin Luther King was 39 years old when he was killed.