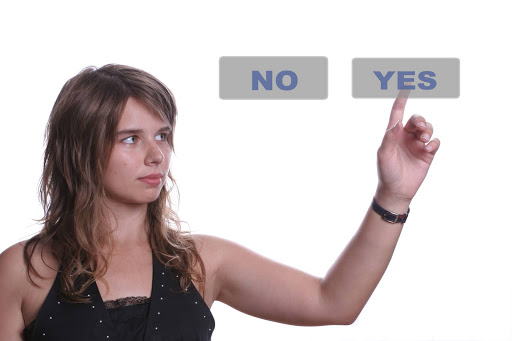 Culture is a broad-based ongoing set of assumptions about ourselves and the world that humankind has been building over millennia.  Culture stands over and above our biological and instinctual heritage.  It is the first and best invention of mankind, the longest-running, and the most influential set of decision-making guidelines ever devised.  It extends the individual brain by multiplying its power over the time and space of collective will and perception.

Culture’s purpose is simple: to make decision making automatic, as free of thought as possible.  This is exactly the reason we know so little about the massive “C-force” that runs most of our thinking—it is so deep-seated that it never shows itself.  But an analytical understanding of its workings is exactly what is called for to appreciate why all decision-making is such a problematic and difficult behavior--and under what mechanisms it operates.

Decision, from the Latin decisio, literally, a “cutting off,” shares the same root as “incisive,” also meaning “to cut.”  It is about the knife-blade, and the moment of truth at its glinting edge.  The act of cutting by decision selects things: one to keep, the other to cast away; one ranked above the other, each assigned to separate categories.  Some decisions are irrevocable and life-changing, while others are as routine and harmless as breakfast Cereal A versus B.  While this last has vast implications for General Mills, for the cereal-eater it is a trivial moment in the daily business of choosing Cheerios over Chex.  But any decision, not just cereal (of which there are over 40 name brands on the market by General Mills alone) is normally a cut between options already shaken out or preselected.

When we buy a house, we don’t examine and compare the hundreds, thousands--even millions--of properties on the market nationwide. We know we have a much narrower field to choose from--only a tiny precut sampling: of sizes, styles, addresses, price ranges, and features.  In housing, that cut is rarely related in any significant way to house type or cost, but to location alone. The most important decisions, the “pre-cut” stage, is actually where the critical choices are made—at the far front end.

This is where the cultural logic process is the most active, and it works in under 250-450/1000 of a second (source: UC Irvine Vision Group).  That’s the time it takes to recognize a broad pattern: to determine whether a person, image, or concept is friendly or threatening, useful or irrelevant, or somewhere in the register (spectrum) in between. It is the broad logic that tells us whether things “out there” are a fit with our own identity, our own current “brand” of gender, age stage, class, and community.  This covers a new business idea, a new decorating color for the home office, the decision to join a health club, accept a credit card offer, switch long-distance providers, or dedicate time to reading one book rather than another.  Rarely do we sit down to draw up a calculus of characteristics to be graded on a rating point scale.  When we do, this is because the values involved are so similar that there is no intuitive way to favor Option A over Option B.

We might buy a toaster by ratings, or even an entertainment center, but not the things that really count in our lives:  the person we marry, the college we attend, the career we follow, the house we live in, or the car we drive.  That is because the more important the purchase, the less it has to do with qualities that can be measured or counted.  The truth is that we choose things because they reflect our internal value system, or sense of who we are, our individual and social identity (including our gender, age, and ties to others).  What this means is that we do use a logic system to make decisions, but it is not technical logic.  It is called Cultural Logic, and like all logic systems, it comes with a set of rules and principles that makes it useful to us.

Cultural logic is our thinking system for buying what matters most to us, but amazingly enough, it is an almost completely invisible system.  We rarely think about it – except when two similar options confront us and we must decide between them.  Decision making is a cultural process; if it weren’t, Scientific American would be in the top ten best-selling magazines in the US, right alongside People.  It’s not even in the top 100.

Curiously enough, although much attention is paid to the weighting method as “scientific” and superior to intuition, only at the very end-stage of the process does this charting happen. At the front-end, far more important as the “framing moment” of the decision, we know what to do, because it “feels right,” evokes the right emotional response, and is consistent with the host of other choices we make throughout our day or our lifetime.  All our choices express these dimensions as expressions of the only true brand, the core of all brand choices: the one we call ME.

Only in the aftermath of the prime choice, which occurs in the pre-editing stage, does rational or process logic comes into play.  As opposed to relational or cultural logic, this is the fine-tuned, rational logic process of combing through a set of similar choices to arrive at the one that seems to offer the highest reward—but that difference is by this time a matter of a far smaller degree.  The value of the field of choices itself has already been established before the finalists are sorted through.  It is the difference between the original filming sequences for a film and the final edits.  The shooting script has already narrowed what the film editor will work with.  And naturally, this framework is narrowed even further by the final cuts: far more footage is shot than ever makes its way to the screen. But theme, story, locale, and characters--all are set from the start.

What this means is that the big cuts in ideas, people, actions, and products have been made tacitly by culture, not the decision-maker, through the process of cultural logic.  The thought process of that logic is a preexisting, invisible one, not one that consumers can reliably articulate in a focus group, survey, or even by observation or experience. People cannot readily tell you why they bought a particular product, only their experience with that product.

What they cannot identify is the leading factor—those forces that drove them to buy it in the first place. Buyers can only rationalize their choices because the drivers of their decisions operate below their conscious horizon.  This is what marketers want to know, and it is the holy grail of consumer studies.  The closest approach we know to reading the collective mind is to delve into the decoding of that mind by cultural means.