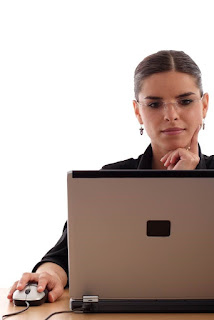 Amazon is the leading exemplar of company success based on four principles:  customer empowerment, good treatment, meeting unmet needs, and becoming a public good.  These precepts, set out by the Editor-in-Chief of Fortune, are the leading indicators for success, and they outrank the financial benchmarks relied on in classic business analysis.

In his retirement essay as Editor-in-Chief of Fortune (June/July 2021), Clifton Leaf reviews the history of Amazon’s stunning but hardly instant success starting in 1996, fully a quarter century ago. After all that time in building a reputation for service, Amazon is Number 2 on the Fortune 500, behind only Walmart (the classic customer-oriented giant), with nearly $400 billion in yearly sales.  The pandemic helped its rise to the top and its competitive muscle against other online servers.  As founder Jeff Bezos put it, “Most online businesses fail because they misestimate the value proposition.”

What did give companies a genuine edge, and what still does today, is to empower consumers.  It sounds almost too obvious to say, and yet it’s a message that’s routinely forgotten.  Want to sell more stuff?  Make it as easy as possible for a customer to buy it…Take a page from the Steve Jobs playbook and make it as intuitive to use as possible (Fortune, p. 14).

Serving the customer interest—the largest sense of customer service--is key to that success, The proof is in its runaway position as the go-to internet retailer, Amazon leads the field in devising ways to make buying of practically anything as intuitive as Jobs made the smartphone. Costing hundreds per month, since the mid-1990s, computer-based household purchases have created an entirely new category for the US consumer and the global economy.

This kind of creativity goes beyond innovating on existing platforms.  It requires seeing the market for an altogether new category, then adapting the design so that anyone can learn it virtually unassisted.  The original industry projection for desktop computers was 100,000 units worldwide to be used only by scientists and engineers for math applications.  Thanks to smartphones –a computer with a phone function added -- 90% of the computer-based communications in the world are in words, not numbers. Even for the many non-computer literates, it is the preferred means of communication at any given moment.

In its quest to make buying and selling easier as the Internet evolves (and become the go-to retailer for the planet as an outcome), Amazon has pioneered on a grand scale better ways of engaging buyers and sellers. This leverages the Internet's customer advantage as it begins to supplant brick and mortar shopping.  The signs were there decades ago that retail was outgrowing its department store and mall heritage.  The entire business model has been "unravelling" for a long time (GlobalData Retail, 2021).  The quest is on to repurpose many thousands of square feet of retail space, morphing mall space, for example, into charter schools, senior residences, Covid vaccination centers, and even as newfound Amazon distribution warehouse centers.

Others, like American Dream, a $5 billion mall in New Jersey, diversify with experience offerings like ski slopes, water parks, and roller coasters to attract shoppers beyond retail.  So in effect retail spaces are drawing on the proven success of Disney's theme-park artform to give customers what they want.  This is the reason theme parks have totally rewritten the rules of public space to become the leading edge for experience design and marketing machine.

Leaf comes away from his tenure at Fortune with four “comically simple” principles for conducting business—all customer-focused.

Beyond price-earnings multiples and rates of sales growth, judging a business can be as simple as coming to conclusions about its relationship with its customers.   Disney Company has come under sharp consumer criticism for its ticket pricing (which becomes the leading indicator for all theme parks) as the daily gate outpaces the ability of fans to continue their annual visits to Orlando and Anaheim.  This critique is based on the popular assumption that Disney is a public good rather than a profit-driven enterprise.

The New York Times has reported that hidden fees, or drip pricing, makes event tickets and hotel-room reservations difficult to determine or compare until the online transaction is complete – hardly a transparent transaction.  The US Department of Transportation banned drip pricing for airlines in 2011; Marriott and Hilton have more recently been sued by several states over their pricing practices.  Meanwhile the FTC, with broader powers, is considering a nationwide protection plan for consumers in all industries.