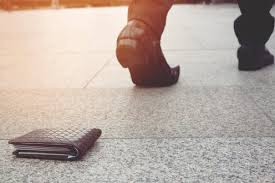 Psychologists long thought that people were risk-averse, which is pretty ridiculous in historical hindsight, since taking risks is what put us on the top of the food chain. On the other hand, we are loss averse.

Medicare
Every year there are approximately 60 million patients on Medicare. Every year during the months of October to December, everyone with a Medicare plan has a chance to pick a new health insurance provider.  This sounds like a good thing—choice is one of our rights as Americans to make our own futures.  However, the reality is not that simple.

This is a perfect example of “information asymmetry,” in which of the parties involved, the providers have overwhelming advantage in understanding how the system works in practice. The consumer doesn’t understand the limits of their policy until they become a reality.  (Because the “Evidence of Coverage” is a document written by lawyers, for lawyers, in the healthcare industry.)
The customer has the impossible task of reviewing and comparing and choosing one out of dozens of plans across specialties, none of which they truly understand. There is the additional gotcha of unforeseen illness (such as cancer) or injury.  As Barry Schwartz puts it on his book The Paradox of Choice (2004), “Bottom line – the options we consider usually suffer from comparisons with other options.”  Why?  Because we focus on what we will be giving up far more than on what we will gain.

So each year, millions face the choice of 1) keeping their existing supplementary insurance company; or 2) switching to a different insurance provider who they hope may provide the same or better benefits.  This process can consume hundreds of hours, further complicated by the legalize difficult even for professionals to understand. Customer service is lengthy and agents can be uncertain about how things work.  Even when it appears that one can get a better plan (without an actionable definition of what “better” means), the quality of this decision will be unclear--until there’s a medical need.

Loss aversion is immediately apparent in this dilemma.  To switch, the consumer needs assurance that it makes more sense to switch than to stay put, and that the complexity cost to execute the switch is not a loss.  Things get even more complex when there have been issues with the current plan – would a new plan be any better, or just the same, or even worse?  Plans change their Evidence of Coverage every year (even on minor points), so that the consumer contract is in annual flux.  Loss aversion becomes uncertainty avoidance when it is just too much aggravation to enter the switching process.  Health insurance is one of most highly technical areas of consumer choice, combining medical science with the law, both highly trained – with pricing consequences in the hundreds of thousands of dollars.  And whatever the gain, it must be balanced off at twice the perceived loss for making a change in order for its value to be felt.

The bottom line is this:  Rather than risk a loss outcome, customers will take a passive loss (by inaction) by failing to make changes to their insurance provider—even when they are having significant problems. (Rather the devil you know than one you don’t.)  And dental insurance is even more difficult to gauge as a good or bad product, along with pet insurance, burial insurance, cancer and accident coverage, and long-term care, which never permeated more than a quarter of the market.  A plan that offered kidnap insurance, complete with ex-FBI agents, went out of business because no parent could calculate the odds versus the cost with any confidence. The Medicare consumer needs assurance that it makes more sense to switch than to stay put, and that the complexity cost (along with just the hours required) to execute the switch is not a net loss.
Loss aversion logic also explains why people stay in bad relationships, bad jobs, and poor-prospect careers, explaining interpersonal conflict, poverty, and underachievement in general.  It explains why people hang onto under-performing stocks and sell their performers.  Why do people not take good advice that might free them from these behaviors?  Because following advice requires giving up behaviors and situations that are perceived as normal, and the energy and organization required are disruptive changes seen as a net loss.

In other words, if you have to choose between two or more options, each with a potential for loss, when there is no significant advantage among them, most people will do nothing.

College
A second interesting example of loss aversion is the big-ticket purchase of college education, second-only in scale to a home purchase.  College is one of the most poorly defined decisions, along with other key life choices: car, career, and spouse.  For the college decision, the investment in college, once a no-brainer since graduates make twice the income of nongraduates, has become problematic as school costs have risen by a factor of 14 since the late 1970s.  At the same time, the return on investment –the wealth premium—has dropped from 247% in the 1930s to 42% in 2019 (wealth assets—Fed Reserve study), which figures in the student debt crisis as a national economic issue.  Degree inflation, in which the basic work-ready degree has raised the bar from high school to college, adds to consumer pressure to find more affordable channels.  These loss factors make the college decision far more problematic and uncertain than for previous generations.  To add to the complexity, there are more school types today than ever, including the for-profit sector.

The two-car dilemma
Another case study of loss aversion is the two-car example. You are looking to buy a new car and you visit dealerships to narrow it down to two. Each one has different features you would like to have, neither has all of them, but these are the two cars you’ve narrowed your search to.
In other words, each car has something you would like to have – in your mind they have equal value, and you need a car, so you have to pick one. They are both cars you like, so you choose one.
You like the one you chose. But you also liked the other car - so you spend the next few weeks wondering if you should have chosen the other car. because when you make a choice, you gain one car but you lose the other – and we respond more to avoiding loss than we do to gain.  All of which sets us up for buyer’s remorse in any big-ticket purchase decision.

So for business, your thinking as well as marketing should focus on avoiding a loss as well as gaining something.