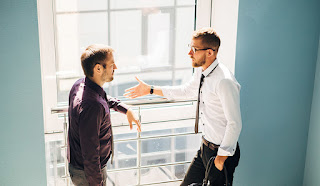 “Humans have evolved over the millennia to care deeply about the way people talk—and to use this marker as a quick-and-dirty signal of who is us and who is them.”

Human differences are really a critical part of our humanity, a fact gaining recognition and traction at work, school, and organized behavior in general.  This is the goal of DEI – Diversity, Equality, and Inclusion--as this principle seeks to inform human relations across the board.

The DEI movement is picking up speed and power not only in multinational business, where it first took root because businesses like IBM had global workforces, but in professional organizations, schools, nonprofits, companies and working groups of all sizes in the US and its multinationals.

While gender and race, the startpoints of DEI, are well acknowledged, other points of difference like mental health states and (coming soon) Covid status as a long-term health issue are less well-known as human factors.  As points of difference, these factors are seen to unfairly tip the balance of power between people, their interactions, and opportunities.  But here is yet another aspect to be explored, and it has even more social clout: speech.

Speech differences between groups are far older than our concept of race difference.  While we can’t determine how far back spoken language extends in the human record, speech is one of the first dividers of groups.  Children are language discriminators who instinctively gravitate to speakers who sound like their parents.  Language categories are intrinsic to our ideas about “others,” especially since any language other than our own prevents communication to any degree.  Speech is perhaps the most basic marker of who we are and how we relate to others through our individual as well as group voice.  It is the ultimate social skill – yet its many variations create mental categories we can’t help noticing and reacting to.

Speech bias is so ingrained in our daily interactions that we don’t recognition it’s there – or that it is in face a prejudice that rules our opinions of others.  But this is more than personal preference for one “brand” of speech over another.  It drives our justice system, our social circles, education attainment, housing (where people can buy or rent), medical treatment, job application, careers, and the attainment of life goals.  Our speech quality and perception by others shapes the very goals we feel are possible to achieve.

In the US, there is race—and there is language.  Not just languages other than American English as the US unofficial tongue (along with the second designate, Spanish) but variations like accent or dialect.  This scope would include Black or African-American English (AAE) dialect, as well as immigrated English speech with an accent (as in Chicano English).  Supreme Court Justice Clarence Thomas grew up speaking Gullah, the English creole spoken on coastal Georgia.  He clearly was able to do as many other professionals have done – “code-switch” between his home style for which he was ridiculed and another, mainstream standard of the bar and bench.

Black children’s ability to code-switch between African American English (Ebonics) and standard English determines their school test scores for educational upward mobility.  It also sets the trajectory for “the places these kids might want to go, to learn, work, and live…you’re handicapping them by not teaching them the two codes,” says Julie Wahington, language specialist at George State.  Besides test scores, creating a level playing field is based on language even more than race, and speech discrimination is ongoing (Atlantic, April 2018, p. 20).

Katherine Kinzler’s recent book How You Say It (Why You Talk the Way You Do and What It Says About You) points to speech as more important than race in the social hierarchy.  How people speak, no matter how they look, determines how much they are trusted, where they can live and work, where they go to school, and how they are treated by the justice system.  Their future prospects, and those of their children, depend on these factors, and how they are driven by accent, word usage, dialect, and related variant patterns measured again mainstream-educated (many would say White) standards.

This is all very unconscious.  We are constantly exercising our preferences for some kinds of speech over others, starting with preferring our mother tongue over all others.  We assign greater status to whoever we think is a better speaker and to the groups that speak as they do. Think of how socially advantaged a posh accent (English or MidAtlantic) can be, while also alienating as a class signifier-- versus a “street speech” repertoire.  National origin prejudice is protected by EEOC rules, but not the persistent accent associated with immigrant status. Linguistic bias is everyone’s unconscious prejudice, and we rarely consider why we like some people more than others simply based on the way they handle language. A whole field has opened up, signaled by Kinzler’s work, to answer this question.  Nonstandard and socially marginalized speech, as part of “linguistic discrimination should be part of our national and judicial consciousness, and we should make an effort to curb it in our legal system and our minds (p. 150).”

So it should be surprising that speech is not included on the DEI spectrum.  This gap ignores a wide agenda of social effects—those that point to status on the hierarchy of social opportunity and potential.  Speech bias indicates on ongoing major source of discrimination based on sound, not visual, cues.  Stigmatized speech links to discrimination by gender and race, national origin, mental capacity, age, and class – in ways that may shed light on those more established categories as well.