Metacognition: Thinking about Thinking – the dawn of creative thought 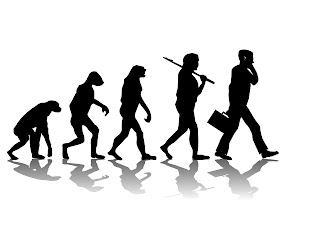 “There are no gods in the universe, no nations, not money, no human rights, no laws, and no justice outside the common imagination of human beings.”

The cognitive revolution arose from the evolution of the human brain into our most important organ.  Artwork from European caves painted 40,000 years ago is often cited as the dawn of creativity through artistic effort and the use of symbols to communicate – indicating a new kind of intelligence that made us homo sapiens, thinking humans.  Our language skills—and the thinking that mobilized them—began to hone into abstract concepts and “fictive” capacity around 70,000 years ago—the inception of the Cognitive Revolution.


Recently, the discovery of an abalone shell workshop in South Africa containing iron oxide (ochre) pigment and dating to 100,000 YA (=years ago) points to an even earlier benchmark for creative awareness – meaning that the mind had to think very attentively to what and how it was creating, and to the social aspect: how that creativity would be received and understood.  This sets back the date of discovery of conscious thinking beyond the cognitive starting block of 70,000.  The date keeps receding as we learn more about the brain and how it developed.  Yuval Harari’s account in his best-selling Sapiens: A Brief History of Humankind (2015) through culture, anthropology, and economics, puts the cognitive revolution at around 70,000 based on many clues about how human began to develop our giant brains.


About that time, human brains took a giant leap forward that ultimately made us lords of all other species on the planet.  While we had been tool-makers for far longer, and firemakers for 130,000, suddenly the brain size expanded beyond the confines of energy use, from 8% of our energy to 20%, transferring our body’s allocation from muscle-building to building up the 100 billion neurons that make up the brain’s huge capacity to form connections.  Human children build up to a thousand of these new neurons per second.  With homo erectus, our new upright posture freed our hands so that they became fine-tuned for developing tools and working them. And when humans started using fire for cooking, the time required for the body to process food drastically diminished, protein intake shot up, and the stage was set for the large brain that quickly came to rule the world.


What happened then to our new capacity for thinking?  We could move beyond survival and coping with food procurement and defense, moving along the path from tool-making and fire wrangling to begin managing larger and larger social structures, building new kinds of architecture including religious shrines, developing clothing and textiles, domesticating animals, painting, sculpture, and later writing.  The ability to reflect on our own brains, to look inside the black box of those complex structures and ideas, images, and symbolic representations--which could be articulated for others to respond to and in turn think about--formed the early core of creativity, metacognition.  Without understanding completely what our own brains do and how they do it, this question of how thinking and consciousness operates is an ongoing project for science as well as philosophy; the 1990s were the Decade of the Brain.


But the search for meaning goes back well before fMRI research.  Philosophy since the Greeks and earlier was asking questions of how our thinking emerges from our search for purpose and meaning, as well as lower-level problem solving of finding our lost keys and following directions.  Existentialism is the branch of philosophy concerned with existence – to explore the question of how we are conscious of ourselves and our meaning to self and others.


Further back, Buddhist meditation was about becoming conscious of our own consciousness.  Rather than being shunted around by our perceptions and our emotional reactions to them, the Buddhist mental review (as well as the Western adaptation) trains the mind to observe its own productions…the images, preoccupations, worries, cravings, and attachments streamed by the mind and mind-body connection at warp speed, generating scores of images and thoughts per second every waking moment and in dreaming.  Paying attention to our own consciousness is uniquely human and something that religion (especially Buddhism) has honed to a fine point.  Becoming aware of our own awareness is the key to understanding how the mind       -body works, and therefore how we can intercede in those workings to temper our thoughts, ignore them, put them aside or to sleep, or set them creative tasks.


How does this cognitive history relate to creative thought?  Deliberate creativity, the kind we can learn to cultivate in our daily living to solve problems and create new ideas and concepts, depends on a conscious focus on how our own thoughts affect our perspective and outlook on problems and opportunities.  Foremost here is awareness of how and why we make opening assumptions about reality that actually limit the vision needed to approach and frame the issues.  Assuming that no one could run a four-minute mile, for example, regardless of athletic prowess, kept anyone from doing that until Roger Bannister’s May 6, 1954 sprint against  the stopwatch; that record stood until just 45 days later, when another runner, John Landy, did even better, breaking Bannister’s miracle record at 3 minutes 58 seconds.  “Impossible” is a powerful mindsetter against imagination.


But it is that imagination, even more potent than our rational calculating abilities, that gives our thinking its incredible ability to make real anything we can dream up.  That is proven every time a breakthrough occurs in the way we look at what’s possible, starting with the scientific and industrial revolutions.  And human beings do something even better: invent and grow a shared imagination, the collective vision of the world we call culture.


The master inventions took place in the ancient world – starting with the control of fire, the Ur-invention that led to every other, including our brain-size expansion.  The rope, knife, metalworking, wheel, ramp, calendar, crossbow, irrigation, navigation, mathematics, and language, followed by the written word, were the technologies of creativity that built civilizations and empires as an outcome of our unique ability to think about thinking.
Posted by Margaret J.King,Ph.D. at 1:00 PM 1 comment: