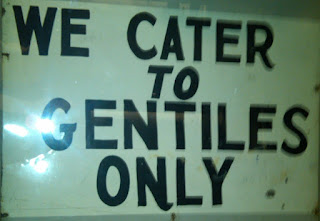 Definition, Merriam-Webster:  “Bias:  An attitude that always favors one way of feeling or acting especially without considering any other possibilities.”

Definition, Psychology Today:  “Bias is a natural inclination for or against an idea, object, group, or individual.  It is often learned and is highly dependent on variables like a person’s socioeconomic status [class], race, ethnicity, educational background, etc.”

A thought experiment:  Question: What is the first thing you notice on meeting a new person?

If you answered eyes, race, age, class, or expression, you are wrong. Without even realizing it, the first thing you notice is gender – are they male or female, he or she?  This question is so naturally ingrained that we are consciously unaware of even asking it. That is why so much controversy surrounds the idea of transgender. It confounds what is normally a simple recognition system unlike any other. Homosexuals are still male. Lesbians are still female. That’s easy to grasp. Transgender literally triggers not believing your eyes.

Gender is the only biological difference between people.  If that wasn’t your answer to our little thought experiment it is because gender is so embedded—implicit—that we aren’t aware of noticing it. We just do. Not seeing the forest for the trees. So obvious, it is too big to see.  By deploying an inbuilt, wired tendency to privilege gender as the most important human trait you have just practiced implicit bias--a universal human behavior.

As Americans, we want control over how we live our lives. We think of ourselves first and foremost as individuals – then as members of a family, tribe, or clan.  Control over our social and physical environment is an article of faith for Americans because it serves the ultimate value of controlling our own destiny. That means the ability to derive reward and results from our efforts, to stave off disasters, to enjoy good relations with our support team—family, friends, and colleagues, and avoid people and situations that signal distrust and suspicion. The collective bargain we make with ourselves and others rests on a silent but shared agreement.  This agreement takes the form of assumptions about what is most important to decide and manage, both privately and publicly.

This national goal is not a random choice. Getting there is calculated to serve what is most important to us – predispositions to favor one thing or condition over others. This freedom of choice dictates how character is formed and expressed.  At the same time it is also a source of uncertainty and anxiety, because we can never measure the “rightness” of the choices we make. Instead we can only identify mistakes, after they happen.  But generally, adherence to these values is a form of virtue signaling.

Strangely enough, our biases play a leading role in making this happen.  Value bias is simply preferences for one state of affairs over another which denote and direct decision-making and judgment.  It often operates in our subconscious, exerting influence under the radar; for example, why we favor our own group (in-group affiliation) and therefore disfavor groups outside our kin and ken.

Unconscious bias and implicit bias are two familiar terms for unexamined beliefs and related values.  However, value bias may be quite intentional, as directives we consciously work to practice and perpetuate.  No human is impartial—machines may be, but we are 95% intuitive, not technical.  Positive value bias is the outcome of having a value set and living by it, which is, of course, the profile of a virtuous person. Value bias also explains the darker side of the equation, as the actual cause of negative outcomes.  These naturally follow from valuing one preferred state over another. You can’t have positive at both poles.

Bias is considered faulty thinking or feeling, a mistaken vector that interferes with good judgment or fairness to others.  Negative bias is “noise” (unwanted effects) that is both mistaken and unwarranted, whether conscious or innate. But positive bias (value-based), a feature of cultural choosiness, is semi-conscious but fully intentional in its distinctions and decisions.  The task is to understand how values act to prime normal thinking and acting to protect and promote favored outcomes.  Such positive bias directs both attitudes and reasoning culture-wide.  “Bias in favor” is both more powerful and pervasive than negative bias.  We exercise our preferences in every domain every day, and don’t worry about the nonpreferred rejects, the rest and residue--unless forced on us.

Under identity politics, bias has earned a bad reputation for being intolerant, unfair, and hurtful, as based on irrational, exaggerated, or prejudicial ideas about the world.  But the positive sense (such as bias toward optimism, or social justice, or success) is based on virtuous ideals – about positive, aspirational, hopeful motives to create desirable outcomes.  It is this higher-minded bias that creates civilizations and cultural progress.

Bias is simply a tendency to either favor or disfavor – as the values we hold are tendencies – toward or away from one state of affairs over another.  Bias includes conscious, unconscious, implicit or explicit, favoritism: toward people, places, things, behavior, and ideas, extending far beyond gender or race.  It speaks to class, age, community, and context.  It is, in the simplest terms, like the values it follows along with: a privileging of some values above others.  Simply an assigned preference.  No intense hatred or obsessional paranoia.  (Ta-Nehisi Coates skillfully noted, “Racism is not merely a simplistic hatred. It is, more often, broad sympathy toward some and broader skepticism toward others.” (We Were Eight Years in Power: An American Tragedy, 2017)

Broad sympathy for one group over another is more difficult than open antagonism to identify and track, or to alter. We make comparisons all the time, of course – the basis for hierarchy, not just for ranking people, but for taste, cost, quality, and performance in everything from cars, homes, marriage partners, careers, and college (the leading big-ticket decisions).  These choices all involve bias for as well as against in any paired comparison of options.  We do this sorting, weighting, and ranking across the board constantly and in all life areas. We call this critical thinking and value-based decision making.  The values involved in bias do just that: position some values (like status) above others (like safety) to serve the goals of the moment as well as the future. These rankings can be assigned numbers to compute scores and determine relative value.

Being biased is not an individual failing but a core feature of cultural character as a learned mindset and emotional approach.  It is constantly in motion in all we do and decide—usually below conscious awareness.  Bias can be reframed but only, again, as learned; if the motivation is consistent with core values.  That is, if a new value fits in with the old. How do we know some value isn’t right for us?  We aren’t sure – it just feels wrong. This is a common reaction when visiting other countries, making the traveler aware that “something just isn’t the same--the basic assumptions.” (All the way from narrower personal space to line formation, tea types and train schedules, to honor murders, bride burning, and female genital mutilation.)

In fact, culture is the sum total of “collective biases” over generations that constitutes the shared ideals and beliefs for people in the past and present—and future.  It is a broad spectrum of ideals the group lives by.  Why? Because values in common create a problem-solving framework, a mentality operating as a shared reality.  Reality-by-common-consent is basic to a sense of coherence, psychological safety, social cohesion between groups, and the meanings as agreed on about the way the world should work. This approach yields a basic checklist of central cultural (shared) values.  In a world of diversity, this creates a critical common ground.

Across the span of US history, the crux of these cultural imperatives is the principle that the individual (not group, not government, not religion) is the base unit of our culture.  This is the moral high ground on which every other American value rests.  Independence—of thought, speech, act, and association—is central to this belief.  And, to most of the world’s countries, which are group-based, this is seen as a negative bias against communitarian values.  But wait—the US continues as the biggest draw, worldwide, to immigration. US cultural gravity portends the emergence of a US-value-biased global culture now in development.

When Americans find themselves at odds with groups from other cultures, our own value bias is the baseline we go to instinctively to interpret and judge those outside cultures.  This is cultural bias – it is not cognitive or rational, but nonanalytic, deep, and emotional, because value-based and rooted in cultural imperatives, not reasoned understanding.  These other cultures, too, are deep, emotional, non-rational to their members, who, like us, are simply following their own “heuristics” (intuitions and mental shortcuts) in making systematically biased judgments and coming to decisions (Kahneman, 2011). The framework is cognitive bias.  In his follow-on book Noise (2021), Kahneman defines bias as interfering variability in decision-making deviating from a known standard.  He recommends identifying and reducing bias –for example, delusional optimism – as chance variability which exacts an ”invisible tax” on outcomes in business, government, and beyond.  But more widely, bias can be thought about, in the Adam Smith sense of the free market, as the invisible hand behind decision making.  To complement cognitive bias, value bias fills in at the intuitive extreme, the counterpart of our rational side.

So value bias can open inquiry along related lines:  What is the role of culture in thinking, acting, category-making, and decision making, focusing on the key values involved, and by using the methodology of positive bias to see how these come into play?  What are the net effects, and what can they tell us about the way positively biased thinking determines behavior?  How do the answers point to solutions to problems and projects in cultural intelligence, including diversity, equity, inclusion, cultural conflict—and beyond, in the art of cultural competence?