History at Theme Parks and “Disneyfication” 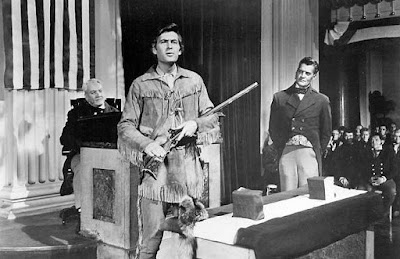 “History is who we are and why we are the way we are.”


“[Pedantry is] precision that has gone farther than necessary to shed light on a situation.  There is plenty of precision that is there to clear things up.…However, when extra precision does not help, I would call that pedantry….I think the difference is illumination.”


Jamie O’Boyle and I are both speaking at the annual meeting of the National Council on Public History (NCPH) in Hartford, Connecticut, on the “Disney and History” panel, covering the Disney Effect on history teaching and propagation.  Following are my remarks on the panel’s examination of “Disneyfication.”


As Director of the Center for Cultural Studies & Analysis, a think tank, I study the deep cultural values that underlie the most successful public history projects ever, including museums and theme parks. I speak as a long-term consultant to the Disney enterprise and as an American Studies academic.


My career as a cultural analyst began with the dissertation, “The Recycled Hero: Walt Disney’s Davy Crockett” (1976).  This was the first analysis of the 1955 Davy Crockett craze as America’s biggest generation, the baby boom’s, first encounter with history—and its signature experience.  Twenty years later I was directing the research think-tank Cultural Studies & Analysis.  Van Romans at Disney brought us in as cultural experts for Disney’s America—the park that should have been America’s ultimate history park. Romans recognized the need to identify the leading cultural values that drive collective interest in history.


Recently we did an analysis for Disney’s legacy school, California Institute of the Arts (CalArts), which in October 2017 launched Experience Design to carry forward the skill traditions of Imagineering.


Overall, these projects have worked to define The Disney Effect on a range of topics, but this influence is especially keen in the history domain.  This lies a long way from the original animation and kid-centered content for which Disney is actually best known.  The most popular long-running theme park ride is Pirates of the Caribbean, still the highest-rated; other history-based long-runners are the Jungle Cruise, Liberty Square Riverboat, and the Carousel of Progress.  Frontierland, opening at the height of the Crockett craze in 1955, featured a Crockett museum, a Crockett-themed shooting gallery, adding the Davy Crockett's Explorer Canoes in 1956. Today, Disneyland Paris offers a rustic Davy Crockett Ranch resort.


To academics and scholars, this is usually referred to as “Disneyfication,” which is not meant as a compliment.  As a cultural analyst, though, I prefer to think of the term as positioning Disney as a catalyst of history made accessible through television, film, and theme park, and keyed to uniquely American values.  The famous profitability of the parks is an outcome of getting these values right and communicating them dramatically in making history come alive in three dimensions. In my professional experience, those who use the term “Disneyfication” don’t fully understand Disney – or history. Over the past 80 years, museums have become thoroughly Disneyfied, in that they replaced the traditional artifacts-under-glass with created immersive environments centered on compelling storytelling. Theme parks have set public expectations for public spaces and immersive environments. That does not mean they become amusement parks, but it does mean they focus on entertainment in the classic sense of the word: to hold the attention. When we entertain ideas, they hold our attention.


History is always mediated.  There is no way to experience history directly.  It doesn’t exist for us except through narrative, drama, and the arts.  Never experienced directly, it’s always a channeled reality.  We depend on historical fiction as a main channel. The Disney 1957 film “Johnny Tremain” (based on the Newberry-award book by Esther Hoskins Forbes) made the Revolution immediate through character and story – opening the door to an era more and more “difficult of interpretation.” It was in fact on the reading list in many a grade-school classroom.  The Disney film “The Great Locomotive Chase” (1956) gives a real-facts inside look at the Civil War and the otherwise forgotten Andrews Raid on the Georgia Railroad by Union soldiers in 1862.


But history, for the present day, starts not with the past.  It has to begin by catalyzing and filtering what’s already there in the public mind.  In that sense, history is a form of myth in Campbell’s sense of a universally shared human quest.  Such ideals anchor cultures to give them direction and meaning.  Showcasing and distillation go to the mind of the audience to decide how and what to profile—as Walt Disney did in his role as Editor-in-Chief.  Post-craze, grade-school history textbooks began to profile Crockett as an important national figure.  (Disney now co-owns the History Channel.)


What can be learned from Disney’s relationship with popular history as a master channeler, and since the 1950s film output, America’s Dean of Popular History?  First, public history is clearly a popular culture project, not an academic one.


Public and popular history is concerned with narrative and personality rather than academic documentation.  The popular historical imagination is fueled by literature and drama (meaning film and television), by novelists, screenwriters, and artists rather than academics.  Goal: to inspire public engagement with the past.  (Consider the driving force of Uncle Tom’s Cabin – a fictional story - on the antislavery cause from 1852.) Disney designed his first draft of Disneyland after American folk tales and heroes as a travelling exhibit. He always spoke about history as essential to our understanding of who we are--as an essential value to society (in the Council’s logo), “Where we come from, who we are, and where we are going.”  The quest for history as cultural artifact could be stated as the task of “How to capture what’s most vital about the past in order to understand its driving values for the future.”  This is the essence of capturing a spirit of the times or sensibility—the emotional power driving our bond with the people, places, and periods of our past. Those of an age to remember Disney films of the era will remember that they always started with the opening pages of a book.


Those value narratives are what made the parks the most successful artform of the 20th century and split them off from their amusement park predecessors.  Disney’s invention is still the gold standard in design and audience response.  Museums and exhibits of all kinds show the Disney influence by their theme-park approaches and design, including front-end development based on the visitor experience and expectations.


However, later parks have proven problematic.  Disney’s America, proposed in the mid-1990s, was the logical culmination of the Disney magnets of historical interest, such as Davy Crockett, who Disney resurrected from obscurity in 1955 as the baby boom’s first collective history experience. Disney literally recycled a near-forgotten hero since the original Crockett legend was also driven by the popular culture of the era – a publication called Davy Crockett’s Almanac.  Disney’s America came from then-Chairman Michael Eisner’s interest in education (the Disney Teacher Awards was his pet project). When he asked educators what The Walt Disney Company, with its vast resources, could do to help education, one recurring answer was “Do something to get kids interested in history.” Disney’s America would have been the ultimate public history monument – one you could walk around in to experience the stories from America’s past.


But so far, it has never happened -- derailed by culture wars in the elite highlands of Virginia in 1994, the past overcome by the present.  The teachers who inspired the project were dismayed, because they know what a powerful effect the Disney lens trained on the past can be with his “Tale Tales and True” on the “Disneyland” TV series—themed by the week to match up with Adventureland, Frontierland, Fantasyland, and Tomorrowland—as well as Liberty Square and Main Street, USA. Dean of American education John Dewey appreciated the need for consistent renewal by education when he declared that “Democracy has to be born anew every generation.”  The question is what sort of education is most effective for a useable past.


The success of the Disney parks is rooted in thematic historical imagination; in the theme park, “a place about times,” historical periods are themed to channel the inner shared American values, as Disney’s Crockett did: the supremacy of the individual faith and action for ideals, actions seen in a moral light, control of our own space, mobility and choice; and yes, distrust of big business and big government, and faith in the axiom that the future should be better than the past.


Disney’s output as theme park inventor and filmmaker is not a documentary project, but something much more difficult and compelling.  The model for all purveyors of history is Disney’s venture to explore the reaches of art, drama, film, and literature: to find ways to animate and energize the past ….to be relived together, as the great national experience it is.  This model is the core of cultural studies as well as historiography.