Facing Change around a Force Majeure 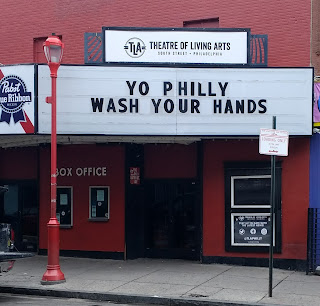 “The only sense that is common in the long run, is the sense of change—and
we all instinctively avoid it.”  -- author E.B. White

Change
Change at its best is what we want to do when we choose it – when the outcomes are seen as positive and productive.  Whereas when change is forced on us, as with the pandemic we are now coping with, we are resistant and fearful.  Change taps into our fear of uncertainty as circumstances shift hour to hour.  As closings step up and markets worsen, independence and autonomy are challenged in the US as nowhere else, because Americans hold autonomy as our ultimate right--and loss aversion sets in.

No matter how autonomous we think we are, there is nothing like a universal health crisis to make socialists of us all.  When groupthink is unavoidable, we can adapt — for awhile.  So what is the tolerable timeframe for the world’s largest quarantine effort ever?  Since the scale of this effort is first-time, and enforcement has been inconsistent, no one really can tell.  Britain tried to limit it by age to 70-plus, but the prime minister was persuaded that this wasn’t going to be enough.  The whole Indian nation, however, at 1.3 billion, was considered manageable.  In the US, closing down Disneyland can be considered the watershed response.

Cultural aspects
Which is why it is time, after some weeks of this worldwide endurance test, to consider the cultural dimensions of change, especially the forced kind.  “Sheltering at home” has a comforting sound – but this looming crisis has made such a policy feel more like a relaxed house arrest.  The intimidating safety measures everywhere have forced brutally complex decisions to be made on fast-shifting platforms.  Emergent problems—many third or fourth-level side effects—have yet to clarify just which changes will morph accustomed ways of living into a different system altogether for reevaluating assessments and choices, both private and public.

The mental effort to grapple with these decisions in the fallout of lockdown will stand as the foremost momentous moment of change so far for this century.  For openers, among the issues forced by “medical law” are human rights to assembly and against restraint of trade, and more generally, weighing the value of prevention as calculated against the infection and death toll of the disease.

As social primates, we are built to connect to each other in group life and community.  We found out long ago that solitary confinement is a grim punishment.  In 1829 Philadelphia’s Eastern State Penitentiary introduced solitary confinement rather than packing prisoners into mass cells, as was the historic custom. The theory was that the solitary penitent (hence “penitentiary”) would use solitude to think about the error of his ways and repent.  Far from being cured, however, prisoners went mad in their forced isolation.

As Americans,we aren’t used to limits to our freedom.  When we seek out private time, it’s because it’s our idea, not the government’s.  Not since the Spanish flu pandemic of 1918 has anything like the current quarantine even been attempted, making 2020 the world’s broadest experiment in mass behavior.  These mandates make anti-smoking campaign and seat-belt laws look like ineffectual prodding.  In its sheer scope and broad-band effects, this is the perfect “AQ test” – Adaptability Quotient – Harvard Business Review’s term for the “new competitive advantage” of adaptability to change needed to thrive in a fast-changing environment.

Following the view of the future by William Gibson, the science fiction writer, as already here, change is not evenly distributed.

It’s a science fiction scenario. If Susan Sontag were still alive, she would add the viral lifestyle to her “imagination of disaster” scenarios as our latest toxic action chain.  In the 21st century, fear and panic took over as a microscopic lifeform emerged, killing first Chinese, then Italians, then New Yorkers—any and all others it could.  It forced friends and family apart, ended religious congregation, tanked the stock market, erased businesses and jobs.  This is no alien invader .  This is more like a home invasion from a virulent strain of the flu right here on earth, disrupting every aspect of life as we know it.

Humans had to decide how to manage the trade-offs between the unintended consequences of prevention efforts and a devastating percentage of deaths following contact. In H. G. Wells’ classic science fiction novel The War of the Worlds (1897) it was not military might that defeated the invading Martians in their fearsome war machines.  Instead the final defense was tiny earthly microbes, to which humans had developed herd immunity over centuries.

In today’s scenario, we are the Martians.

White Squirrel
This magnitude of change is therefore not so much an exotic black swan, but the more domestic backyard squirrel – a white one that can’t be trapped or easily killed, a metaphor by our business-school colleague Bill Costa at New Hampshire’s Franklin Pierce University.  As the uncertainty sinks in deeper, even your own home, center of comfort and reassurance, starts to look somehow alien, as if it could any moment fade away.  The image of the future begins to loosen and float uneasily as dozens of scenarios – mostly unsettling—edge in to fill the space of stability and habit.  So much change in the course of days and weeks, rather than years or decades, is mentally and emotionally devastating, and will continue to twist any semblance of normalcy.  Rarely has humanity been so put upon to examine basic operating assumptions, concepts, and practices no one had to think about pre-2020.

We don’t mind change itself—we just don’t want change forced upon us. We resist problems arriving too fast, too many, too fear-driven, and too global.  Attending a school far from home, getting married, moving to a new home, a new job or career…always appear with a level of stress, but they are also experienced as upward moves that meet our goals.  Positive changes involve choices that enable our dreams and talents, keeping us in control so that we can handle the outcomes.  But negative changes driven by fear, uncertainty, and doubt are net losses.  They leave us unable to determine what has changed and what has not, what is temporary and what permanent, about the new normal.
Aftermath
The aftermath: most long-term implications are across the board and won’t be apparent for months or years to come, the perfect storm of uncertainty and loss aversion for making policy, or deciding to buy or sell a house, finish college, or even travel.  The viral crisis is the perfect object lesson in change with thousands of data points – not the result of disease itself but caused by the massive effort to anticipate and modify its occurrence.  In its destructive high tide, it raises terrible questions about the cost of prevention to the lives of billions versus letting the disease take its course and cause distress for millions, then death for 10% of that number.   Without the ability to analyze a vast number of variables—many of them interactive—no rational decision-making is feasible.  When everything stabilizes, there will be plenty of work in sorting through the options to even know what ways of thinking and acting will still be functional, and which will dry up, never to emerge again.

Perhaps we can begin to ask a series of “CIS” questions, short for “Can I still …” Stay with my 2019 plans? Take a new job?  Retire?  Change careers?  Continue with my start-up campaign?  Have children?  Move, remodel, or rent my house?  Count on which things to be different, and which to stay more or less the same?  Have a future anything like the one I could count on – up to now?  Understand how my entire circle of relationships might have regrouped because of the epidemic’s fallout?  And, of course, prepare for the next issue of pandemic.

The knock-off decision-making crisis will be based on how many options will require deep analysis, and which can be made as we make 90% of choices: by cultural (shared-values) intuition.  This will require a new mindset anchored to the continuity of cultural ideals, while following a new trajectory shaped by the most widespread health crisis in history.