Enterprise and Entrepreneurs: Framing the Problem 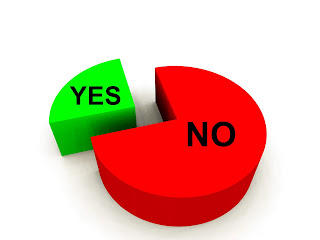 A critical area for turning entrepreneurship into an ongoing enterprise is the ability to identify problems and frame them correctly. While the popular assumption is that entrepreneurs are individuals with a vision and drive, most successful entrepreneurial ventures start out as a joint collaboration between at least two compatible, but different, types of thinkers – innovators and adapters.
Think of the Disney brothers, Walt and Roy, for example. Walt was the man with the ideas; Roy ran the business side. The double pattern runs through the history of successful ventures: Richard Warren Sears and Alvah Curtis Roebuck (Sears - 1891), Sam, Jack, Albert, and Harry Warner (Warner Brothers - 1923), Bill Hewlitt and Dave Packard (HP - 1939), Richard and Maurice McDonald (McDonald’s - 1940), Bill Gates and Paul Allen (Microsoft - 1975), Steve Jobs and Steve Wozniak (Apple - 1976), Ben Cohen and Jerry Greenfield (Ben and Jerry’s - 1978), Larry Page and Sergey Brin (Google - 1998) and Evan Williams, Biz Stone, Noah Glass, and Jack Dorsey (Twitter - 2006).
Many companies sell ice cream, food, computers, and movies. Social media providers come and go (Remember Friendster or Myspace?). What did the leading companies do that other competitors missed?
We would argue that the difference was in the way they framed the problem they then went on to solve. A well-defined problem indicates the direction in which to seek the solution.  This is why it is so important to define the problem at the start of the process: the better defined, the faster and more clearly the solution can reveal itself.


The Frame
Framing a problem is stating a problem situation, the goal in solving the problem, and the connection between the two: the domain of theory or experience expected to provide the solution if applied in the right way, by the right people, in the right sequence.  Brainstorming is often used to generate solutions to problems without any clear idea of the problem itself.  They ask, “How do we sell more product?” rather than “How do people actually find value in our product?” The question should be “Forget what it was designed for. How do people actually use it?”
McDonalds understood that they were not just selling hamburgers--they were saving their customer’s time. For Americans, time is a finite commodity to be constantly managed. From childhood, we are warned against wasting time. Apple and Ben & Jerry’s sold a lifestyle. Disney and the Warner brothers provided us with a shared cultural mythology.
In short, they framed the problem in human terms.
The underlying problems that beset a marketplace are very rarely mentioned in corporate conference rooms. It is just assumed that everyone in the industry “knows” what the problems are.  The dominant problem usually is phrased as “How to make more sales?”  But if the problems in the marketplace are so well-known, then why haven’t they been solved? For nearly three decades, everybody in the movie industry “knew” that “nobody likes pirate movies anymore.” Then entered Disney’s money machine, the “Pirates of the Caribbean” franchise.
Hollywood was operating with an ill-defined problem.  The problem wasn’t with the pirates – kids love pirates (not to mention dinosaurs) and pirate costumes have been an adult Halloween standard for decades. Pirates of the Caribbean was one of the most popular rides in Disney parks since its inception in Disneyland in 1967. Disney’s pirate was an outlaw in the American style – a lone wolf fighting corrupt officials and evil pirates – he had flaws but also a (very) strange charm. He was that prototypical American type: the antihero. That was a pirate an audience could identify with.
What we think of as business problems are, in fact, cultural problems – rooted in human beliefs and behavior. We can’t relate to isolated facts. We can only relate to stories. That’s why identity marketing and branding problems must be framed in human terms. You may think of your brand as an entity you created, but in reality, it only exists as an idea in the heads of the public, not yours.
And ideas are very changeable.
People can’t tell you what they want with any degree of accuracy because they don’t really know – since the drivers of choice are rooted deep in the subconscious. But they can recognize what they want when they see it with 100% accuracy.  So problems need to be framed in terms of human behavior. What do people actually need and how do they meet those needs?  Not what they say they want, not what they believe they want, but what do they actually do when faced with a choice? Consistent patterns of behavior are the only true indicator of belief.
As analysts and predictors of future group behavior, we frame issues by combing the historical landscape of human endeavor, searching out consistent patterns of behavior across generations – from our prehistoric history in small groups to the present megacities of many millions.  We define ancient, contemporary, and future human problems in cultural terms: by reviewing the history of human values, gender, social group, age stage, and immediate context.
Analyzing group behavior with cultural analysis can accurately predict the future because we cheat – we predict the past. What people do today is defined by what their group has done for hundreds, sometimes thousands, of years in the past. Whatever humans have done consistently for a century or more – our patterns of thinking and decision-making – is not going to change tomorrow, next year, or anytime soon.


Human Needs
To frame a problem, getting the human factors right is the keystone of good entrepreneurship.  Having the enterprising mindset and resilience is only half the story.  Entrepreneurship is not about the Big Idea. It’s about filling an unsatisfied need. Before you can propose a solution, you first have to define the need and the cultural issues clearly for yourself and your investors.
In-between the present state and the future state is the murky ground of method.  How do we get from where we are to where we want to be, by putting in place what changes or intelligence, and how?  This area is usually assigned to market research, but without any specific idea of how it will be put to use.  Analysis depends on evolving a good problem frame within which to work on a solution.  The outcome is intelligence: the result of turning knowledge into a tool.  Most ill-defined problem-solving breaks down quickly for lack of any clear pathway leading from what is known to what needs to be known.
At the outset, few could see the practical applications for the computer, the telephone, the lightbulb, vaccines, or even coffee. In 1876 Western Union turned down Alexander Graham Bell’s offer to sell them the rights to his telephone, declaring it “a toy.” In 1920 The New York Times once flatly stated “A rocket will never be able to leave earth’s atmosphere.” They issued a retraction in 1969. Decca Records declined to sign The Beatles in 1962 because “Guitar music is on the way out.” Steven King’s first novel, Carrie was initially rejected, as was The Diary of Anne Frank, and 15 publishers turned down Harry Potter because – you know – “everybody knows” that sort of thing doesn’t sell anymore.
These creations simply didn’t appear to fit the way people’s routines and thinking worked at that moment in time.   It’s the creative imagination (and social adaptability) that leads to the integration of new technology into the mainstream.  But that is the point where creativity meets the road of reality and of popular culture, which has to be able see the value of letting a novel product take its place among established ideas and routines.  And we should be reminded that technology, as anthropology studies it, is by no means only digital or electronic—late developments—but began with the discovery of fire, the rope, the wheel, and the blade.  These touchstone technologies were created in the ancient world, along with written language and mathematics, making all subsequent inventions possible.
When you frame the problem correctly, the solutions often present themselves. It is the ill-defined problem that sinks the entrepreneur.  Understand this and you can figure out how to solve prime problems uniquely.