“Imagination will often carry us to worlds that never were, but without it we go nowhere.”


“Creativity is as important as literacy.”

A maxim in the world of applied creativity, attributed to Linus Pauling, is that “The best way to get a good idea is to have a lot of ideas.”
Steve Grossman thinks that’s the worst thing you can do. 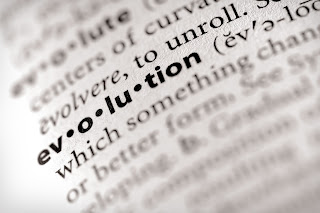 Cultural Studies colleague Steve Grossman has been working and consulting in applied creativity for decades. To the practice of consulting he brings far more than getting to original answers to solve inveterate problems.  He has spent his time with industrial clients in thinking carefully and consistently about the care and feeding of ideas—how to conceive and nurture them.  And surprising, also, how to kill them off when they aren’t serving a creative cause.
As a result, Steve finds that he must constantly differentiate between the act of imagination and the act of true creativity.  When people talk enthusiastically about the wonders of being creative (how good it makes them feel, for example, to be in that elite league of the “creatives,”) his habit is to put up his hand in warning and caution them that “You mean that you are imaginative; that’s far different than being creative.”  Because creativity is more than generating free-form ideas, loosely connected, or vaguely envisioned.  It is finding brilliant solutions to problems – from small to overwhelming, from the annoying to the intractable. Or in inventing whole new ideas from which thousands of others can spring.
Imagination with Purpose


This purposeful solution-finding means allocating time and focus and attention to cultivating “imagination with purpose.”  Rather than spending energy and attention on what is beyond our control, we can, with the right focus and knowledge, shift our energy to what can be created.  Inspirational writer Roy T. Bennett notes that “Change begins at the end of your comfort zone.”


Allocation of effort means doing more thoughtful perceiving, and noting where you are in the domain of ideas in the process of doing that.  At its core, Grossman says, creativity is “much less a generative act and far more an act of recognition.”  The recognition skill “lies in the ability to look at something apparently unrelated to a problem and discover there an exciting connecting pathway to a solution.”


And here we come to the killing-off phase.  This is difficult to countenance because ideas are difficult to come up with and work out; they seem too heavy an emotional and labor investment to just jettison.  But this is exactly the reason we have long-term unsolved problems, he claims: we keep trying to find our keys over and over in the places where things are easiest to find: out in the open, under a streetlight, or by the door—those places where we most commonly leave them.  The stroke of genius is to start looking in unexpected places more difficult to navigate and not as well lit – the garage, the back of the sock drawer, next to the curb, even in the trash.  By extinguishing (mentally roping off) the familiar and easy terrain where people are accustomed to thinking and operating, we open the mind and fancy to new hunting grounds where completely novel ideas have a chance of being recognized and taking hold of the imagination in the form of unexpected answers to long-term problems.


So first: kill off old ideas.  Why? So that the nonsense, irrelevant, stupid, crazy, impossible notions have a different place to land and take root, instead of rehashing the same old list of ineffective ones. Extinction is the first phase of Darwin’s process of evolution, followed by mutation and selection (survival), as the basis for new idea finding and deployment.


Creativity expert Robert Weisberg has said that novel solutions arrive as we move further away from the very concept of the problem we started with, and that withdrawal or extinction process begins with negative feedback about our first inadequate moves to solve that problem.  In other words, in order to come up with better ideas, the first batch must die off, and quickly.


Extinction is absolutely essential to moving forward to ideas that will actually work.  But much group creativity, especially, is tied into simply trying to generate tons of ideas and then to somehow prioritize these simply by how attractive they appear out of the gate as potential solutions.  When such ideas are selected with sticky colored dots, put to work as implemented projects, and then fail to solve the initial problem, people are at a loss to explain why--or to come up with a next generation of very different ideas, because it feels like starting over.  But, as it turns out, admitting defeat is exactly the new opening move needed to go forward.


There is now far more work waiting even once lame ideas are dismissed.  Once they can concede defeat, the problem-solvers can then begin the next phase of assumption reversal, a concept Steve has been credited for.  In this process, primal assumptions are tested by asking the question:  “What beliefs are we acting on that we assume are so carved in stone that there is no way to even question them?” Hard to do, or even think about, because underlying pre-assumptions are always concealed beneath our conscious radar – we don’t even know we are making them.  This is the essential feature of all cultures, which over the course of long histories of commonly accepted beliefs, act as shared social contracts to honor basic truths about the world and social relations.  Cultural assumptions build mental castles difficult to find our way around and even harder to update, change, or challenge.


However, once an assumption is reversed--the idea behind it challenged and nullified for the purposes of the extinction exercise--huge new domains are opened up and available for exploration.  At GEON, makers of Polyvinyl Chloride (PVC), the work group questioned the truth value of “coffins are used to bury people” to open their manufacturing up to plastic pet coffins.  They had been stuck on the horrifying notion of burying people in plastic; once liberated from that construct, they were suddenly able to see the application to pets rather than people.  Actually, the growing appeal of cremation challenges the Western taboo against burning bodies—when the burning is contained and sanctified.  An interesting new burial product is Irish home soil imported to the US designed for its large ethnic population.  The idea is to mix the soil of the mother country with the ashes, or inter in the coffin or grave.  The effect, of course, is to be metaphorically buried in ancestral ground.


Creativity is imagination purposefully and productively applied.  Getting to applied separates the intuitive act of imagination from the more demanding rigor of shaping up ideas into recognizable working solutions: first, under a clear definition of the process, then using tools and techniques to make the outputs of imagination real.  This is the mentality behind the magic.


Now the question to shape the future:  How many fixed assumptions are we making as problem-solvers, creators, or designers that just aren’t necessary or even true?  How can venturing outside the lines, then reversing assumptions, change the course of everyday thinking by a block-busting invention or intervention?
Website for Steve Grossman:  http://www.cruisingtoaha.com