Mission + Vision: Just Do It 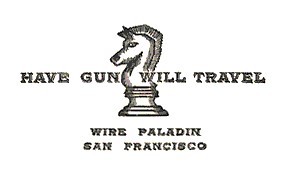 Mission and Vision started as two separate exercises by senior managers to identify what their business is doing and what it ultimately wants to achieve.  These two statements (along with the Value Proposition for the customer outcome) are often now combined to express both being and becoming.  The main idea is to create a clear focus for decisions and opportunities in the service of a clearly stated direction and purpose.

Steve Jobs said this about his company’s motivational value: “If you are working on something exciting that you really care about, you don’t have to be pushed.  The vision pulls you.”   General Eisenhower said much the same thing decades before about the easiest way to get a string to move. "Pull the string and it will follow wherever you wish. Push it and it will go nowhere at all."

A consultant to the US Army asked what their mission statement was.  "We don’t have mission statements,” the officer in charge replied. “We have missions.”  Organizations like the military are social enterprises, with public-good goals that citizens generally understand from the outset.  Productivity consultant David Allen’s company name tells what he does and what he wants for his clients: “Getting Things Done.”  The Moonshot Factory, the skunk works of Alphabet, puts their mission this way:  The goal is to “create radical new technologies to solve some of the world’s hardest problems.”  The desired achievement?  “10x impact on the world’s most intractable problems, not just 10% improvement.”

Mission / Vision has a double role.  It works both to clarify purpose within the company for making decisions and to know how those decisions align with the company’s direction. It informs the self-image of the brand idea or company core ideal.  For external purposes, a capsule statement like Nike’s 1988 “Just Do It” slogan inspires confidence in the brand and serves as a legend that carries the brand’s dedication to sportsmanship and health.  Inspiring achievement of greatness, it still doesn’t reveal exactly how Nike expects this to happen.  (The story goes that the phrase echoed convicted serial killer Gary Gilmore’s last words to his firing squad, “Let’s do it.”)

For another example, how about Microsoft’s revised mission of 2014 “To empower every person and organization on the planet to achieve more.”  The original 1992 Gates and Allen purpose as a corporation was to “put a computer on every desk and in every home.” Because as soon as there was a computer on every desk (and Starbucks table), the mission had to be expanded and updated.  The Fortune counterpart is “Making business better.”  These are sweeping mandates, like IBM’s signature “Think.”  Are they too broad?  “Making the world better” and “Making a difference” are laudable aims.  But how, why, and with what results, and for whom?

I have always been fond of the elevator pitch, a telegraphically cogent mission statement made famous by the TV Western series “Have Gun, Will Travel.”  That’s the message.  The business card adds some needed information:  the principal’s name and contact information: “Wire Paladin, San Francisco.”  However, this explains HOW Paladin operates, but not what he does, which is far more important.  He settles disputes, often complicated ones, as a talented negotiator with the gift of understanding the real issues behind his clients’ conflicts.  He is often, however, mistaken for a simple gunfighter or assassin.

Further problems emerge when we dig deeper, for example, with Ed Catmull, co-founder of Pixar and President of Disney animation studios.  Here is what he said about Disney animation: “The real goal of what we’re doing is to have a positive impact on the world.”  Or the mission of the East-West Center (where I did my graduate work at the University of Hawaii): “The East-West Center promotes better relations and understanding among the people and nations of the US, Asia, and the Pacific through cooperative study, research, and dialogue [at plenty of conferences].”  What question does this beg?  It’s a lofty goal, but how will the results be measured, and will they tell you if you are succeeding in the long view or just operating year to year?  What is “positive impact,” and “better relations and understanding”?  These cases should be red-marked by any business school.

The Starbucks mission gets closer to the “How” question in their mandate “To inspire and nurture the human spirit—one person, one cup, and one neighborhood at a time.”

Corporate consultants Bain & Co.’s website presents a view of mission and vision that very few businesses seem to have enacted (April 2, 2018, home site).  “Ensure objectives are measurable, approach is actionable, and the vision achievable.”  That directive seems to live far from the common practice of even the biggest and most successful companies in drawing up their missions and visions. What is missing is accountability.

How about revising a couple of missions: TED Talks “To spread ideas.”  Adding “One expert talk at a time” tells how this happens.  American Express: “We work hard every day to make AmEx the world’s most respected service brand.”  This can be made more effective by just claiming the outcome as “World’s most respected service brand.”  It’s good that AmEx works hard—but we assumed that.  And now back to Nike: “Bring inspiration and innovation to every athlete in the world.  If you have a body, you are an athlete.”  Is this believable?  Or just a form of flattery?  How about “Inspiring innovation for the athlete in everyone.”  (You’re welcome.)

Here is a mission statement I made up for Cultural Studies & Analysis, my think tank that studies culture: “Explore the universe of culture to discover how and why people around the world think, believe, and act, in order to benefit both business and education.”  How will I do this?  By making my Vision into an achievable objective: “Work on interesting projects, with interesting people, and go interesting places [both mental and geographical].”  Both statements can be measured by project numbers, industries studied, and problems framed in ways our clients had not seen before, with outcomes to clarify human motivation for problem solving, creativity, and innovation.